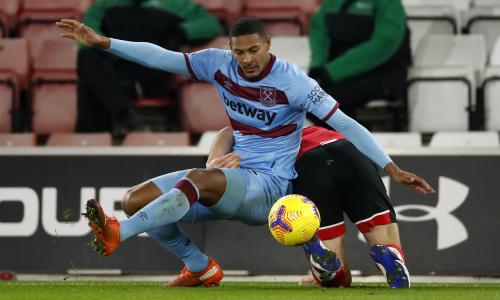 Ajax are close to completing a deal to sign Sébastien Haller, who has failed to live up to expectations since joining West Ham for a record Ł45m in 2019. The striker has struggled to adapt to the pace of English football and wants to make the switch to the Dutch club.

Haller, who became the most expensive player in West Ham’s history when he moved from Eintracht Frankfurt 18 months ago, is having a medical with Ajax and is expected to agree personal terms before joining for Ł20m. The 26-year-old’s sale could provide David Moyes with funds to buy a new striker, with Bournemouth’s Joshua King a long-term target.

West Ham know it would be a risk not to strengthen in attack given their only other senior striker, Michail Antonio, has had problems with hamstring injuries. Although Mipo Odubeko has trained with the first team before Monday’s trip to Stockport County in the third round of the FA Cup, the 18-year-old striker has no experience at senior level.

Haller, who has scored 10 goals in 48 Premier League appearances, had a chance to shine when Antonio sustained a hamstring injury after scoring in the 1-1 draw with Manchester City in October. But the Ivory Coast international was disappointing after being handed an extended run, scoring twice in 11 games.

Moyes even expressed frustration with Haller after his stunning overhead kick last month in the 1-1 draw with Crystal Palace, with the manager saying he wanted him to be in position to score more tap-ins.

Although Haller has shown flashes of class, he has often looked unsuited to playing as a lone forward in the Premier League. The stronger and quicker Antonio, who has made two substitute appearances since returning to fitness, has been more effective and dangerous.

But West Ham will not want to be overly reliant on Antonio given the 30-year-old’s injury record. Moyes tried to sign King in October when Bournemouth turned down a Ł13m bid but the Championship club could be under more pressure to sell now as the Norway international’s contract expires in the summer.

West Ham have also been linked with the Sparta Prague forward Adam Hlozek and Slavia Prague’s Abdallah Sima, but it is understood a reunion with Marko Arnautovic is unlikely because of the Shanghai SIPG forward’s Ł300,000-a-week wages.

Moyes is set to allow Robert Snodgrass to join West Brom. The midfielder has fallen out of favour this season.