Northampton overpower Exeter to clinch promotion to League One 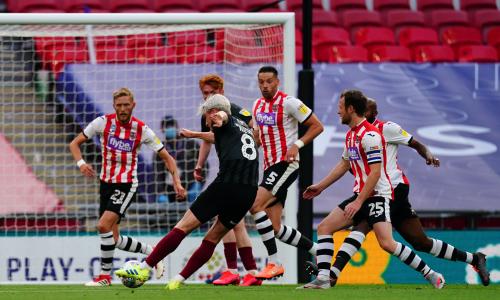 Perhaps the most brutal thing for Exeter City’s players, even more than the battering to which they had just been subjected, was that they could hear the victors’ every whoop and yelp. Northampton would have loved to celebrate their return to League One in front of their supporters, rather than 1,500 cardboard imitations, but their joy at the end was unconfined; the songs of triumph rang out into the night and it is unlikely a losing team has ever left the Wembley pitch with comparable haste.

The most telling injury had already been inflicted. “We started as men but quickly turned into boys,” the Exeter manager, Matt Taylor, admitted, and a summary could perfectly well end there. This was, from the moment Ryan Watson put Northampton ahead in the 11th minute, simply no contest. Name an attribute required to win a football match, and Keith Curle’s side offered more of it: anyone could point to their physical power and the relentlessness with which they peppered their opponents’ box, but they outdid Exeter for speed, clarity of thought, invention and sheer workrate too. It all made for a record margin of victory in a fourth-tier play-off final, and one that had only been achieved once previously across the divisions.

“The way we play, we ask questions,” said Curle. “We create goalscoring opportunities; when things go right, and we’ve got numbers in the box, we know we’ve got players who can score goals.”

By half-time, the only surprise was that they did not have more than two. The opening exchanges had hinted at ding-dong play-off fare but then Charlie Goode, the Northampton captain, hurled his second booming throw-in towards the Exeter six-yard box and the capitulation began. In fairness this was one delivery they half-cleared, but only as far as Watson just beyond the 18-yard line. The shimmy that manoeuvred the ball on to his left foot was neat and the resulting low drive on target, even if it took a deflection on its way past Jonathan Maxted.

The referee, Michael Salisbury, might as well have called time at that point. Northampton bullied Exeter for the remainder but that should not be taken as a pejorative description. They wreaked chaos every time the ball went near the area, Vadaine Oliver proving a towering menace at centre-forward and his partner, Callum Morton, winning seemingly lost causes with regularity.

The second goal came just after Nicky Adams, their influential winger, had departed through injury. No problem: a free-kick was duly aimed into Exeter territory, headed on by Scott Wharton and helped on by Jordan Turnbull. Morton, on loan from West Brom, applied the finish and Northampton would have scored four more times before the interval if Maxted had not repelled a bombardment of headers.

When Dean Moxey tried matching their aggression shortly before the hour the outcome was an embarrassment for the experienced Exeter defender. His tackle, thundering in recklessly as Watson sized up a pass in midfield, was vicious and impossible to excuse. It was the simplest of straight red cards for Salisbury to brandish and Exeter’s third defeat on this stage across the last four seasons was made all the more chastening.

That was not even the end of it. The excellent Morton was involved in the move that saw Mark Marshall tee up Sam Hoskins for the third. Andy Williams, the substitute, then scored with his first touch after another long throw; it was an apt way to crown the occasion and confirm a long-awaited milestone for Curle, who took this job in October 2018. “I needed a promotion and everybody knew that; I don’t shy away from it,” he said. Northampton provided it with as forthcoming a display as he could have wanted. 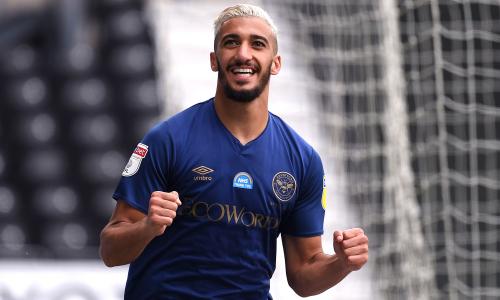 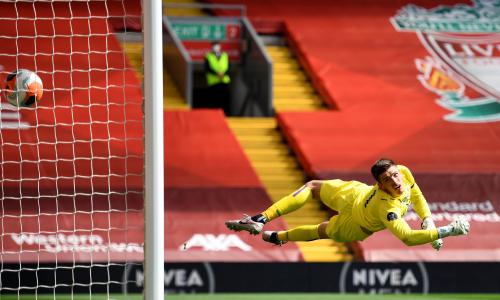 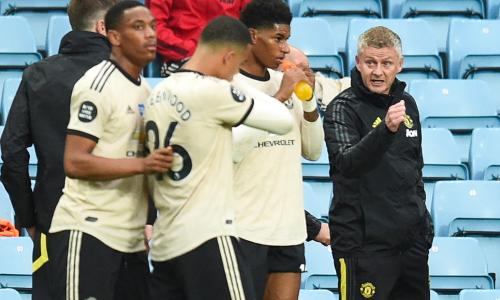 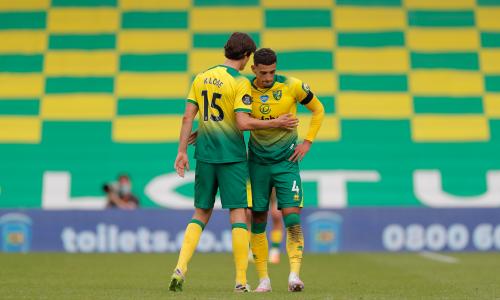 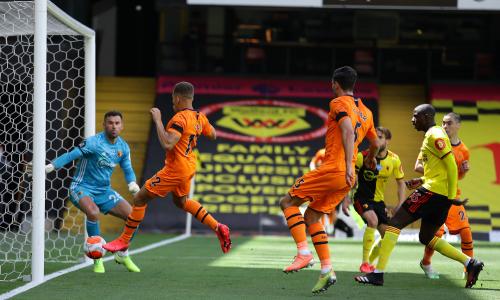 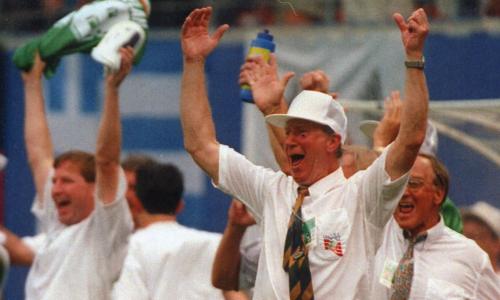