Newcastle fans angry with club for not halting season-ticket payments 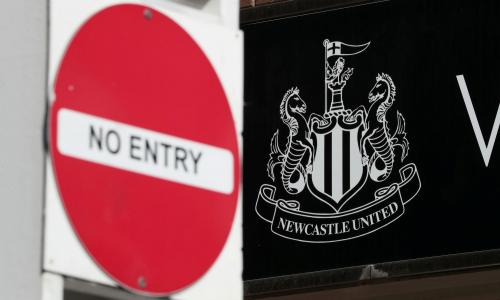 Newcastle fans have accused the club of a lack of flexibility over season-ticket payments for next season.

Toon for Change and the Newcastle United Supporters Trust claim the club has declined requests to freeze or suspend direct debits despite the financial damage and uncertainty regarding match scheduling caused by the coronavirus emergency.

Related: From Mané to Ings: awards of the Premier League season so far

Fans say some payments were taken from bank accounts on Wednesday. The club declined to comment but it is understood the affected supporters are those who opt to pay in advance for season tickets as part of nine- or 10-year fixed-price deals which represent considerable savings on other packages. It is also understood Newcastle wrote to fans on these deals this month offering those who buy their tickets with a one-off, up-front, annual payment the option of switching to interest-free monthly direct debits.

It is believed the club, mindful of supporter reaction, could now prove sympathetic towards fans who request a payment holiday.

NUST said: “Last week NUST contacted Newcastle United to express significant concerns regarding season-ticket payments. We did not receive a response. There is no prospect of professional football recommencing any time soon given the global health crisis, let alone the prospect of understanding the implications on timing on fixtures for next season.

“We find it incredibly disturbing that the club continues to take payments from supporters during these extremely difficult times. Following our call for the suspension and delay of all future season-ticket payments Newcastle United contacted us today [Wednesday]. The club stated it has no intention of freezing or delaying payments, both for those who pay annually and monthly. We are disappointed Newcastle United is unwilling to offer a meaningful support system to fans through this difficult time.”