A letter from Italy: 'We were shouting: you need to stop and go inside' 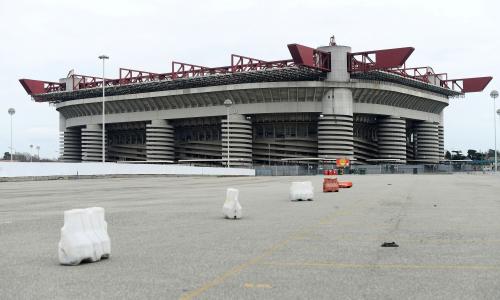 A few days ago it felt as if the light was finally switched off and since then we have been living in the dark: stopped in our tracks and scared of the silence that has engulfed us. The only sound breaking the silence is that of the ambulances, too many of them, and every single one a punch in our collective gut.

I normally report on the transfer market for the Guardian but at the moment I am not writing about that. Which player is on the move is not important at a time like this, but I would still like to share my experiences of what we have been through here in Italy in the past few weeks.

As a journalist I have seen all of Italy, from Naples, where I was born, to Milan, where I live. As a nation we are all about enjoying ourselves and smiling. Our smiles were not supposed to be kept inside. For the past two weeks we feel as if it is always nighttime: every day, every hour, every moment. Luciano De Crescenzo – a famous Neapolitan philosopher who died last year – told us that time is two-dimensional and that the secret is not to count the days you will live but to make them as special as you can. Mankind studies how to prolong life, when we should be thinking about making the most of it, expanding it.

In the past month or so our days have become horribly similar and so, so long; as if time is suddenly travelling at a slower speed.

I am telling this story from Milan, Italy’s pulsating heart and the most European and thriving city in our country. It is also in the middle of Lombardy, the region most impacted by this pandemic. But from the north to the south our windows tell the same story: look outside and you can see only a few cars and a few people hurrying to buy food.

Everywhere people are praying for their loved ones. There is suffering in the hospitals, which are completely full and on the brink of collapse. Every night the updated statistics on the coronavirus feel as if they belong to a war-time era: 500, 600, more than 700 deaths a day, cities on their knees and Italians stuck in their homes.

In the hospitals there are mothers and fathers, brothers and sisters, and sons and daughters working without a break, risking their lives to save others. We take pride in our medical system, like it was a World Cup trophy, and we thank the nurses and doctors from far away, giving them virtual standing ovations from our balconies, singing our national anthem together at times scheduled on social media.

Meanwhile, grandparents are having to learn skills to say hello to their grandchildren, whether through Skype or WhatsApp. Others meet friends for chats online. Still, it is not the same and we miss each other terribly.

The last football match feels as if it took place a lifetime ago. As it turned out it was a taster of what was to come: games behind closed doors, with no fans and emotions. We were already scared during that awful first weekend in March in Italy when they played football here before the country shut down. We watched in horror as more than 50,000 fans went to Anfield to watch Liverpool play Atlético Madrid on 11 March, when more than 800 people had died here in Italy. That figure has now gone beyond 6,000.

We asked ourselves how they were still playing football games and how fans were still allowed to travel. As we were barricading ourselves in our homes, we saw Neymar, Mbappé and their PSG teammates defeat Borussia Dortmund behind closed doors and then some of the players celebrated with a big group of fans outside the stadium. Two days later, they were wearing masks.

Normally Italy lives off football every day and every hour, in every bar and on every street corner. “Italians lose football matches like they were wars and lose wars like they were football matches,” Churchill once said and he could not have been more right. But right now, nobody cares about it. When will Serie A come back? What will happen with the Champions League? It does not matter.

Maybe it will matter as much again, maybe even more, but at the moment football needs to wait. We were screaming this message to the world when some countries kept playing and carried on living normally: look at what is happening to us! You need to stop and go inside. It was painful to watch England go about their business as if nothing was happening. “What are you doing?” we kept shouting but only belatedly has the prime minister acted.

Coronavirus is a battle that must be faced together. By distance but still united. With mental strength, desire to sacrifice and by saying goodbye to normality. We have to keep believing that there will come a day when the coronavirus – this evil monster, this pathetic creature that hides before stabbing you in the back – will be defeated. We have a duty to do so.

In Italy, as everywhere in the world, we become stronger when we are united. At the moment we are more united than I have ever experienced.

The lights are still off today and they will be for some time but, as Dante wrote, one day we will see the stars again.