Insigne brothers trade goals as Roberto gets moment against Napoli 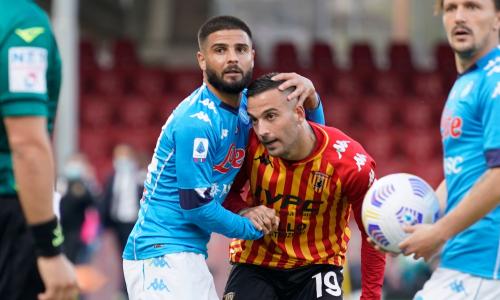 One day after he sustained an injury that forced him off the pitch in tears last month, Lorenzo Insigne was on the phone to his brother Roberto. “I’m going to make my comeback against you,” he said. On the other end of the line, he heard laughter. “Must you?” came the reply.

It cannot always be easy living in your brother’s shadow. We are talking figuratively, here. Roberto e stands an inch or two taller than Lorenzo, but where the latter has made more than 270 Serie A appearances for Napoli, the former is only this season getting his first real opportunity to make a mark in the Italian top flight.

They came up through the Napoli youth system. Lorenzo made his senior debut in 2009 and has been a first-team regular for the past eight seasons at their hometown club. Roberto, three years younger, got his break in January 2013, coming on as a substitute during a 3-0 win over Palermo. He and Lorenzo shared the pitch for six minutes.

At full-time, Roberto said he was in “seventh heaven”. “I had two dreams as a kid: to play at the San Paolo, stadium of my city, and to play alongside my brother,” he told Corriere dello Sport. “On Sunday I realised them both.”

There would be no encore. Roberto went out on loan the following season to Perugia, in Italian football’s third tier. Next came Reggina, Avellino, Latina and Parma. Finally, in 2018, he went to Benevento. It was yet another loan move, but this time things played out differently. The Witches liked what they saw and made his signing permanent at the end of the campaign.

Filippo Inzaghi took over as manager and Roberto became a fixture of a side that trampled the competition in Serie B, finishing 18 points clear of second-placed Crotone. Finally, this September, he got the chance to make his second Serie A appearance – seven-and-a-half years after the first.

It was the chance to share a pitch with his brother again, though, that Roberto looked forward to most. For all his teasing response to Lorenzo’s injury, Sunday’s game between Napoli and Benevento was an appointment neither wanted to miss.

Even after playing apart for so many years, they remain as close as ever. Interviewed by Gazzetta dello Sport during the early part of Italy’s Covid-19 lockdown in March, Roberto was asked how often they spoke. “Oh, not that much,” came the deadpan reply. “Every hour, on average.”

Theirs is a close-knit family, with two more brothers . The oldest, Antonio, plays non-league football and teased his brothers through the pages of the newspaper Il Mattino last week – saying he must be the best, since they learned by copying him.

It is Lorenzo, though, that Roberto has described as “the best player in Serie A”. Asked by Gazzetta whether that made him jealous, he dismissed the idea out of hand. “Absolutely not. Lorenzo is an idol for me. How can I feel envy?”

Still, that did not stop him from wanting to beat his brother on Sunday. This is Benevento’s second run at the top-flight and they had made an eye-catching start, with two wins from their first three games. Although their last game, against Roma, ended in a 5-2 defeat, the scores had been level as late as the 69th minute.

Both brothers made the starting lineups, Lorenzo having returned from injury as a substitute in the Europa League on Thursday. Benevento were heavy underdogs against a Napoli side with three wins from the three games they had played. Although Benevento had picked up some good results, they had also conceded 12 times in four games.

There would be no such deluge this time. Benevento sat deep, looking for chances on the counter. In the 30th minute, they found one – a pair of quick passes releasing Gianluca Lapadula down the left channel. His first attempt at a centre was intercepted by a sliding Kostas Manolas, but the second found Roberto Insigne ready to drill the ball home on the near corner of the six-yard box.

All those years after making his Serie A debut alongside Lorenzo, Roberto had scored his first- top-flight goal while playing against his sibling.The conflict of emotions was overwhelming. “It’s an immense joy to score against Napoli,” he said, acknowledging a sense of vindication at puncturing a team that gave up on him. Still, this was the club he had grown up supporting and “I was sorry to score against my brother.”

Lorenzo would not let himself be easily outshone. In the 41st minute, he came in from the left and sent a trademark swerving strike towards the far corner from 20 yards out, demanding a full-stretch save from Lorenzo Montipň. At the start of the second half, he had a goal disallowed for offside.

He drew another fine stop just before the hour mark, after finding space at a corner. For Benevento, it was only a stay of execution. The ball came straight back to Insigne in an almost identical position. This time he opened up his body to shoot with his notionally weaker left foot. From outside the D, he placed the ball off the underside of the crossbar and in.

A chance to win the game arrived moments later, Tiémoué Bakayoko lifting a pass over the home defence and on to Lorenzo Insigne’s head, but he could not direct in on target. Instead, Andrea Petagna put Napoli in front, taking a pass from Matteo Politano and forcing the ball homex.

There was time yet for a nervy ending. Gennaro Gattuso might have been experiencing flashbacks when he saw Montipň run forward for a Benevento free-kick in the eighth minute of added time. His debut as Milan manager three years ago had been against the same opponents, who claimed their first-ever Serie A point with an injury-time goal scored by their keeper, Alberto Brignoli.

This time, though, Alex Meret tipped the ball over the bar to deny any such drama. This day belonged to Roberto and Lorenzo Insigne – the second pair of brothers to score in the same Serie A game, after Istvan and Ferenc Nyers, Inter and Lazio in 1949.

“Lorenzo scored a beautiful goal, a tricky one with him being right-footed,” said Roberto. “I am happy we both scored, even if I’m disappointed about the result.”

What, though, of Antonio, and his claim to being better than either of them? “Let’s let him believe that,” said a laughing Roberto. “He’s a pretty good footballer too.”

Scottish clubs still awaiting payments from league for 2019-20 season Newcastle's plans for Crystal Palace hit by three positive coronavirus tests Football fans back in Liverpool and London but 10 Premier League clubs must wait The best and worst moments of Diego Maradona’s turbulent career From stewards to toilets: how football clubs are preparing for fans' return 'Nothing about me was cool': Gareth Southgate on making dreams reality 'In the hands of God': what the papers say about the death of Diego Maradona Diego Maradona: the achingly human superstar who embodied Argentina Marcus Rashford will receive special award at BBC's Spoty Liverpool suffer Champions League setback after Atalanta's quickfire double PFA has chance to reinvent itself after Gordon Taylor's grandstanding era Nicolas Pépé's Arsenal future in his hands, says manager Mikel Arteta Phil Foden finish sends Manchester City into last 16 with win over Olympiakos Liverpool 0-2 Atalanta: Champions League – as it happened Diego Maradona obituary José Mourinho is the right man to bring Tottenham the title, says Lucas Moura Olympiakos 0-1 Manchester City: Champions League – as it happened Tributes pour in after death of Maradona – as it happened Child genius Diego Maradona became the fulfilment of a prophecy Diego Maradona, one of the greatest footballers of all time, dies aged 60 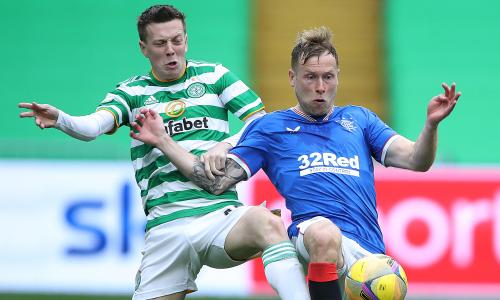 The SPFL has not made final payments to clubs for the curtailed 2019-20 season, weeks after teams expected to receive them 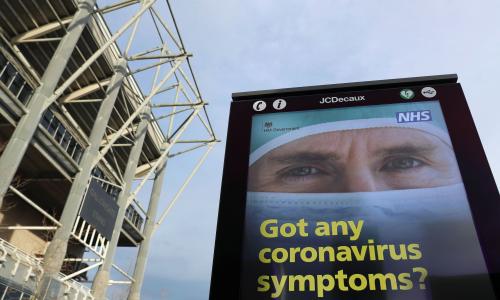 The unnamed trio, including a player who starts regularly, are self-isolating as their club prepare to visit Crystal Palace on Friday 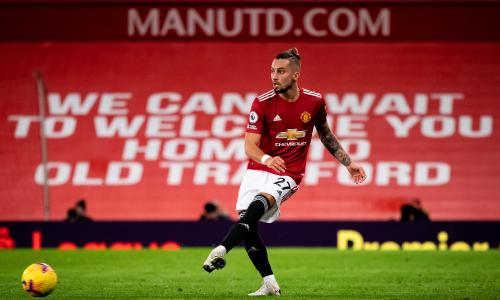 Clubs in Liverpool and London will be able to welcome crowds of up to 2,000 people from next week 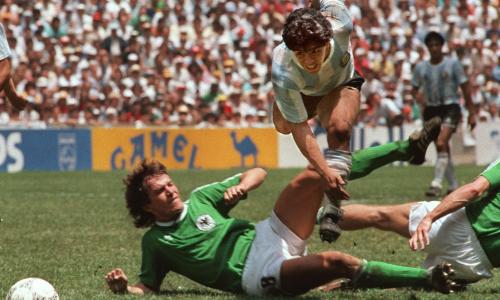 The best and worst moments of Diego Maradona’s turbulent career

From dazzling as a 16-year-old to shooting football journalists with an air rifle, the Argentinian’s life was like no other 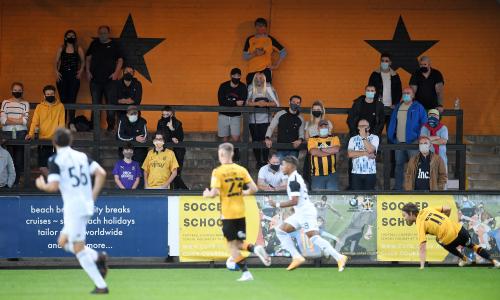 From stewards to toilets: how football clubs are preparing for fans' return

Cambridge chairman Ian Mather, who hopes to have 2,000 fans at their next home game, says clubs have a lot to consider 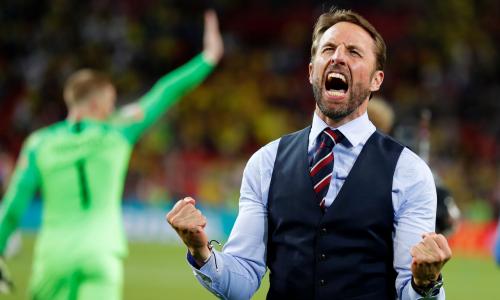 'Nothing about me was cool': Gareth Southgate on making dreams reality 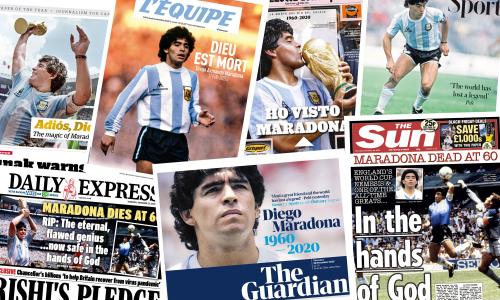 'In the hands of God': what the papers say about the death of Diego Maradona

Headlines the world over paid tribute to the Argentina great, but there was some residual bitterness in certain sections of the UK press 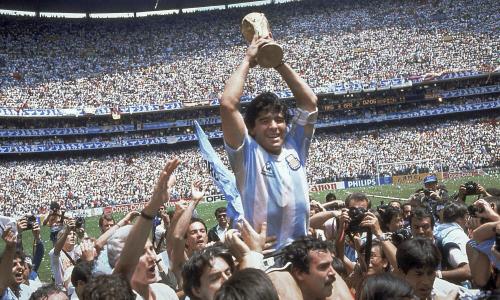 Maradona was a perfect representation of the human ability to be contradictory, to convey ugly and beautiful at once