From Greaves in '66 to Manchester City, many football fans live in alternative reality 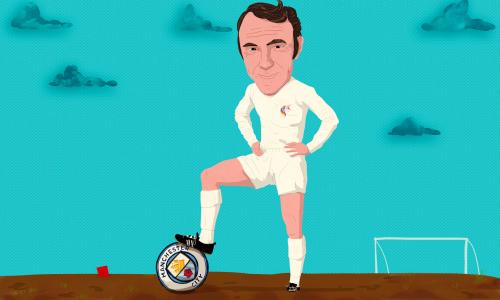 The footage of a suited Jimmy Greaves trying to celebrate with his England teammates while they dance around Wembley with the World Cup makes for painful viewing. As BT Sport’s excellent documentary explains, Spurs’ record goalscorer had just about got over a kick in a group game – his second recovery after getting over hepatitis that season. Alf Ramsey stuck with Geoff Hurst and you could argue it turned out to be a sensible decision.

The 1966 World Cup was the last without substitutes. With extra time, surely Ramsey would have given Greaves 20 minutes. When those people were on the pitch thinking it was all over, Jimmy wouldn’t have lamped it into the top left-hand corner – it wasn’t his style. He would have just passed it in.

My dad’s obsession with Jimmy Greaves and his determination to brainwash me mean I’ve heard that sentence a thousand times. It’s become a parody. Spurs game ends, the phone rings – and eventually he’ll tell me how Greaves would have finished that missed chance. The culprit may have changed over the years – Falco, Armstrong, Rebrov, Pavlyuchenko, Rasiak, Parrott (well not yet, but soon) but the outcome is always the same. Jimmy Greaves would have scored.

Watching him glide over those mud bogs of the 60s stirred up a joy and happiness way beyond you would imagine for a man I never saw play. And deep down I hold Ramsey in some kind of contempt for not selecting him for the final.

If an oil-rich state bought Cambridge and abused FFP, I would probably stick my head in the sand

The case against is strong. Hurst scored a hat-trick, England won the World Cup, I wasn’t born for another 13 years. But still my brain tells me that it should have been Greaves. Such is the irrational mind of a football fan. And it might seem quite the leap to get from Wembley 1966 to Manchester City’s Champions League ban, from Alf to Sheikh Mansour – but it helps me sympathise with the section of City fans who genuinely believe that there is a Uefa conspiracy against them.

There clearly is not one. With all the evidence at our disposal, it is evident that City broke the rules. Rules they had signed up for. And then misled Uefa about breaking the rules. It’s hard to be petty and aggressive at the same time, yet City’s response has been both. They continue to call them allegations when they are verdicts.

City players and even Pep Guardiola should feel let down by the owner – perhaps privately they do. But for supporters it isn’t that simple. It is very hard to unpick that unswerving loyalty.

Those playing the Uefa agenda card will not be the first to get it wrong – to side with their club or their player when they shouldn’t. A large number of Liverpool’s fanbase supported Luis Suárez over the Patrice Evra incident. As Jamie Carragher admitted this season, they were wrong.

There are Manchester City fans who believe with total conviction that Uefa, and the highly experienced adjudicatory committee, are all prepared to risk their reputations with this verdict because they don’t like Manchester City. It is a stretch to suggest the former prime minister of Belgium really is that irked by City fans booing the Champions League anthem.

There might be a strange beauty in Mourinho picking up a Premier League title for that season at Old Trafford, or Steven Gerrard lifting the trophy before Jordan Henderson gets the chance to do it. But you wonder if those Liverpool and Manchester United fans claiming those honours would be equally open to handing theirs back if their owners had committed some sort of financial misdemeanour.

Elsewhere lower-league fans like seeing any club who have spent loads of money get some sort of comeuppance. We all love the rules when they count against someone else. And we rail against them when they hit our own.

That tribalism infects every part of football. We watch games differently: the same action, the same moves, the same goals, viewed through completely different lenses. We study our team and ignore the opposition. It’s our good play or our mistakes – as if the opposition are just the supporting cast.

Off the pitch it is the same. The officials, the authorities, the media conspire against your team, against you. I remember chatting to a half-cut Manchester United fan at Cluj years ago who told me I was “everything that is wrong with football”. He may well have had a point about that. But he went on to say, with complete and utter certainty: “The thing is this, everyone is against us.”

I understand why City fans want an alternative truth. If an oil-rich state bought Cambridge United and abused FFP, however much I claim that I would vehemently criticise it, I would probably stick my head in the sand and hope we bought our way into the Premier League. I would be happy for [redacted] to sponsor the Habbin stand for Ł100m and start competing with Internazionale for ageing Premier League stars who still have something to offer.

Pundits in warm TV and radio studios criticised Southampton fans for leaving early when Leicester went seven- or eight-nil up in the sideways rain on that Friday night at St Mary’s. It is much easier for journalists and opposition fans to criticise City for breaking the rules than it is for their own fans to accept it.

So we should sympathise with City fans. Even those who are determined to believe the club – however difficult it might be. They had no choice who bought them. They have no choice in how their club is run.

Those City fans who have been critical of their club deserve our respect, too. I’d love to say I’d do the same – but until it happens, I don’t know if my irrational love for my club would outweigh my belief in right and wrong. If I can’t get over Jimmy Greaves not starting in the World Cup final then I’m not convinced I would be first in line to hammer Cambridge if they sell their ground back to their owner to balance the books. We find ways to justify our hypocrisy in many aspects of our lives. Football isn’t an exception.

Greavsie is on BT Sport 3 at 7.30pm on Saturday

David Squires on ... craving a return to some kind of normality Real Madrid players take voluntary pay cut to protect non-footballing staff Premier League captains launch charitable fund to support NHS Would a Premier League pay cut really cost the government Ł200m? Scottish Premiership clubs expected to back abandonment and give Celtic title Oldham Athletic 3-3 Manchester United: 1990 FA Cup semi-final – as it happened Football isn't quite getting its coronavirus response right but who is? José Mourinho admits error in coaching Ndombele amid virus crisis Crystal Palace 4-3 Liverpool: 1990 FA Cup semi-final – as it happened 'Baptism of fire': meet two female footballers working in hospitals What's the latest a season has been cancelled and then annulled? #breakfastwithnige: how Nigel Adkins is bringing calm to the masses Sadio Mané: 'I wanted to build a hospital to give people hope' Remembering Raddy Antic: a hero from Atlético Madrid to Luton ‘It’s maths for dummies’: how wages debate is viewed inside the game José Mourinho and Tottenham players break coronavirus rules to train World Cup likely to stay in Qatar despite new bribery accusations in US Premier League chief defends clubs' 'restraint' in their furloughing of staff La Liga prepares for return to training and sets target dates for season restart David Squires on … blaming football (and Joël Bats) for Covid-19 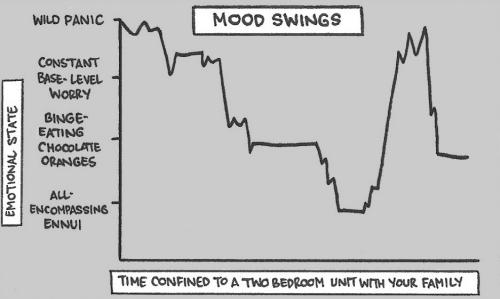 David Squires on ... craving a return to some kind of normality

Our cartoonist looks at ways of distracting ourselves from the coronavirus, including the return of some competitive sports 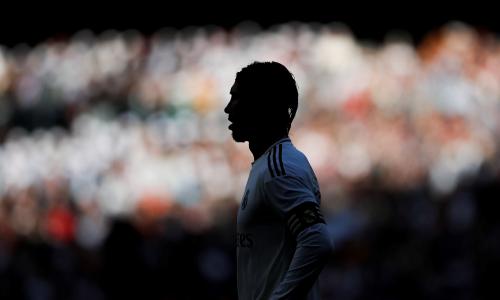 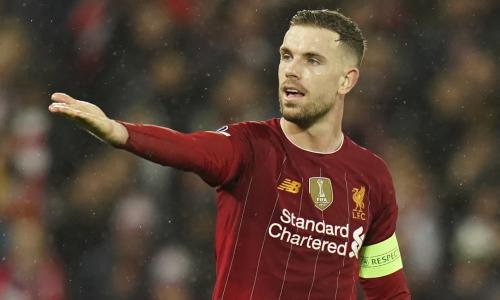 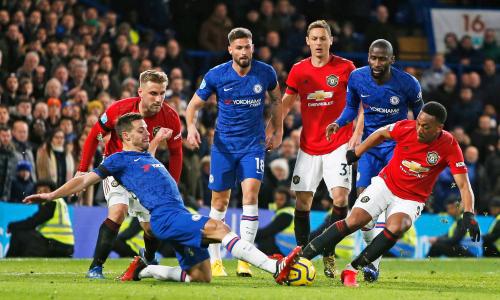 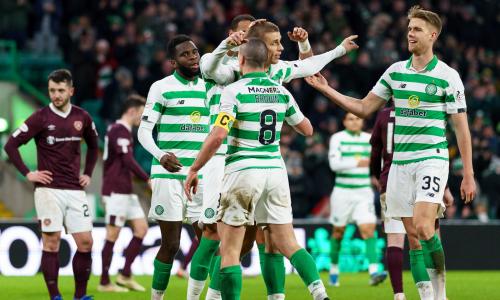 Scottish Premiership clubs expected to back abandonment and give Celtic title

The Scottish Professional Football League aims to crown Celtic as champions and relegate Hearts after 23 April, the earliest date Uefa is willing to accept for the abandonment of top divisions 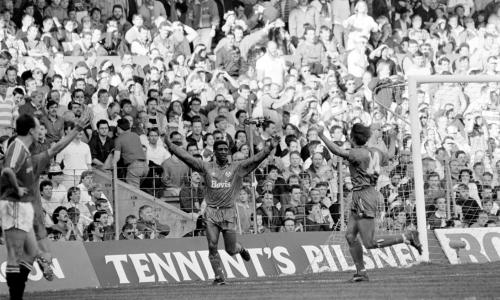 On the 30th anniversary of the FA Cup’s greatest day, we relive the classic semi-final at Maine Road 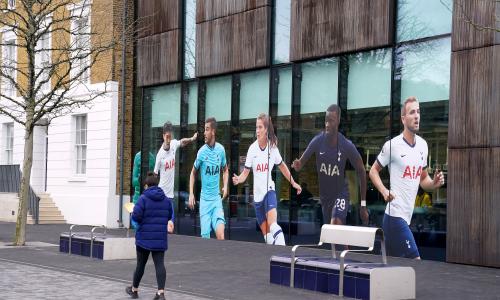 Football isn't quite getting its coronavirus response right but who is?

Where do you draw the furlough line? Who should take cuts? The game, like society, is struggling for answers 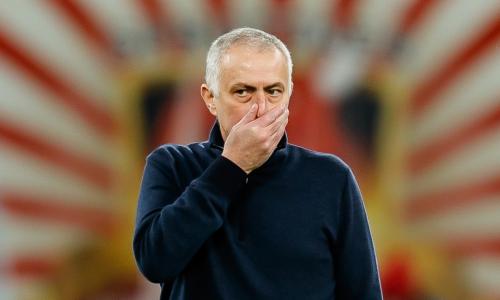 José Mourinho has said he accepts ‘my actions were not in line with government protocol’ after taking a training session with Tanguy Ndombele, with two other players nearby