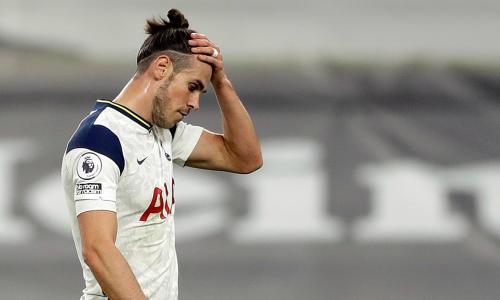 The scriptwriters can hardly say they did not try. When Gareth Bale weaved in, out and past Angelo Ogbonna with two minutes left of added time, the juiciest of cherries looked ripe for garnishing a Tottenham performance that had lurched from scintillating to skittish. Through he ran, rolling back the years in so doing, and it was the kind of self-made chance he has made a career of gobbling up. Lukasz Fabianski stood still; the romantics held their breaths; the ball went past the post and, well, it was probably not going to matter all that much.

Moments later Manuel Lanzini’s thunderbolt ascribed it rather more significance. The chance had, it turned out, been more than a nice-to-have.

We had been offered a glimpse of exactly what a revitalised Bale can offer Spurs, only for a snapshot to be superimposed of what may go badly awry if his efforts do not bear fruit. West Ham’s players roared giddily into the north London air and Spurs, who had done their best in the opening 16 minutes to afford a smooth return for their one-time king, sank to their knees.

It was an astonishing end to a match that, for all the fun of its fast start, seemed to have resisted the present vogue for preposterousness and slapstick. Until West Ham’s improbable comeback, which was a tribute to their clear improvement under David Moyes as well as Spurs’ sloppiness, the takeaways had seemed obvious enough.

While the 56 further minutes before Bale’s emergence from the bench came to feel like a waiting game for his reintroduction, given that the afternoon’s affairs appeared to have been settled from the moment Harry Kane scored his second goal, Tottenham had already demonstrated he is not the only show in town this time around.

At 31, Bale might lack the relentless explosiveness of old but he considers himself a more rounded, creative player. He will surely show that over the course of this season but, in Kane and Son Heung-min, he joins two forwards operating at maximum expression.

Bale knows what that is like; in 2017-18, when he was 28, he scored 21 times for Real Madrid, bringing up the second-best goalscoring figures of his career. Son is 28 and Kane 27; watching them in the first half felt like a privilege, just as it had been to watch Bale sear up and down that left flank at White Hart Lane in the early years of the last decade. It is no slight on the Welshman that his present-day status is necessarily that of supporting cast.

Kane’s gorgeous 60-yard pass to Son, ball released and run timed in seemingly effortless sync, that begot the opener meant the pair had combined lethally for the seventh time this season. Number eight felt like rather less of a telepathic feat given Kane had plenty to do – namely slip the ball through Declan Rice’s legs and thrash a daisycutter past Fabianski – when handed possession by Son just outside the area. Son could also be credited, if one wished, with a pre-assist in feeding Sergio Reguilón before the left-back dinked a perfect cross on to the leaping Kane’s forehead.

Tottenham were playing marvellous football: fast, instinctive, one- and two-touch, once again a world away from the stodge that marked José Mourinho’s early months in charge.

A week ago Reguilón, the less-celebrated of Spurs’ September signings from Real but an ambitious and exciting presence at left-back, had contributed to a popular current internet meme. “How it started,” he wrote above a photo taken of him and Bale in March 2014, when Reguilón was a teenage hopeful in Real’s academy and the older player was enjoying a fine first season at the Bernabéu. “How it’s going,” he captioned a second picture of the pair in Spurs kit during their unveiling at the stadium.

Related: Gareth Bale's love for Tottenham at heart of his return from Spain | David Hytner

Bale’s 23-minute cameo felt like ripe material for something similar. How it started was with another attempt from those behind the storyboard to make things go to plan. He had been waiting to come on for three minutes when Ogbonna, with a reckless foul 30 yards out, appeared to set the stars in alignment. On to the pitch jogged Bale, mouth pursed and beeline made for the ball. It had been set down to his liking and Son offered no argument as he marked his run-up and then began that familiar, head-on approach. His second first touch on a Spurs shirt went over the wall, on target, and down the throat of Fabianski.

They were still 3-0 up – at that point; by full-time, 3-3 and a costly miss was how it was going. Quickly enough, thoughts spooled back to the late 2000s and the two years it took Bale to be involved in a Premier League win after joining Tottenham. Back then he could barely catch a break, with those key contributions he did make being undone by failures at the other end. In truth, Spurs’ collapse owed far more to their habit of switching off defensively than to Bale’s inability to finish off his own fine work. During his first spell, that long famine came to precede a sumptuous feast; Tottenham will hope history repeats itself on fast-forward. 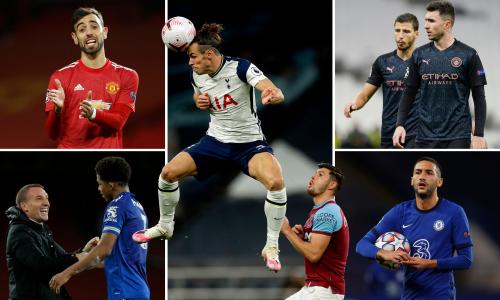 Manchester City and United have found the right formula, Leicester are still looking for it, and Fulham need a win 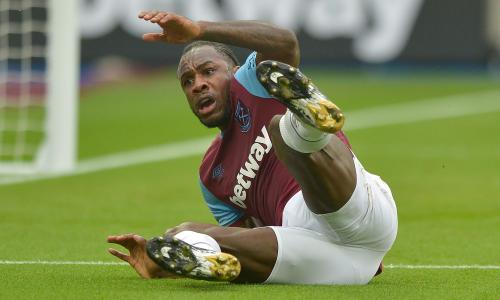 West Ham's Michail Antonio out for a month with hamstring injury

The influential forward Michail Antonio had been in fine form for West Ham, with three goals in the league so far this season 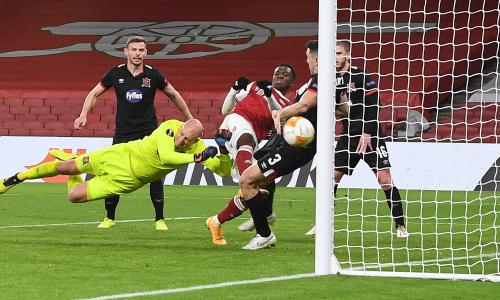 Eddie Nketiah, Joe Willock and Nicolas Pépé scored in three minutes to give Arsenal a 3-0 victory over a game Dundalk side 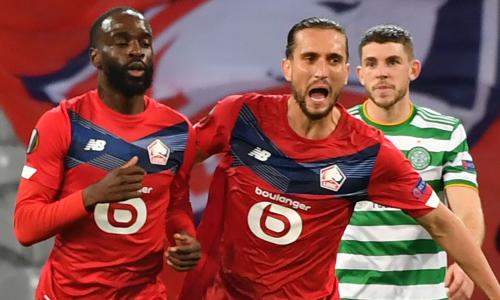 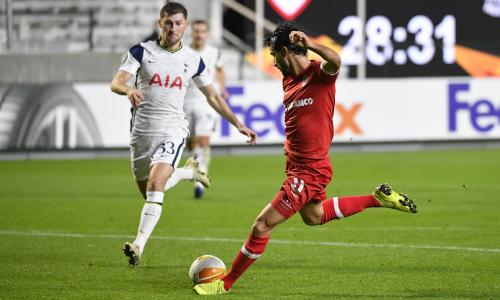 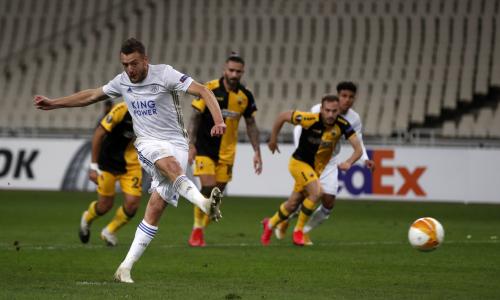 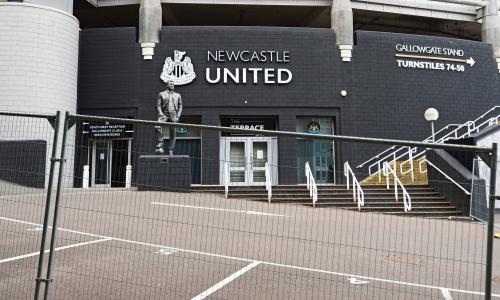