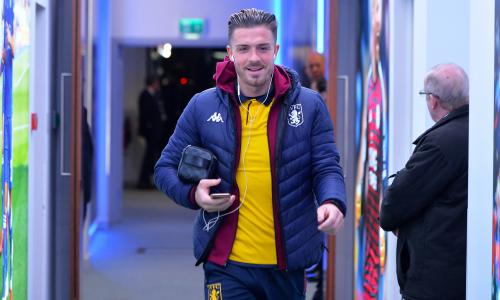 Cock-a-hoop with derby success, and a rare few weeks free of world-weary criticism of his team, Ole Gunnar Solskjćr is looking to spend big this summer, and on domestic talent too, lest the whole world locks itself down. Jack Grealish is the man in Manchester United’s sights, with the Mirror/Star reporting a whopping Ł100m deal is in the offing, taking in Birmingham starlet Jude Bellingham too. What with the latter’s mum and dad having talks with Old Trafford bigwigs and Bruno Fernandes’s impact, something dangerously close to a functioning, creative midfield could be in the offing.

United also fancy the 23-year-old Borussia Mönchengladbach defensive midfielder Denis Zakaria, though Atlético Madrid and Liverpool are also making eyes at him. Jesse Lingard may not be a part of all this though, with a summer sale thought likely to end his United career.

Who’d have thought not so long ago that Chris Smalling would become such a Mill staple? But today’s gossip has Arsenal joining those interested in the Manchester United defender, on loan and shining at Roma. Everton and Tottenham have also expressed previous interest, though it’s understood Smalling may want to wait and see whether he can get Champions League football next season, something less likely at either of his three English suitors.

Arsenal are also persisting with their interest in Paris Saint-Germain’s Layvin Kurzawa. The Gunners tried and failed to sign the left-back in the January window but according to France Football they “aren’t letting go of the situation” and are still “actively following” Kurzawa, who has 13 caps for France.

With no football to play, what else can Serie A clubs do but kick back and kick around transfer musings. Internazionale are tempted by the idea of luring Asmir Begovic from their San Siro housemates Milan. The Bournemouth goalkeeper is on loan with the Rossoneri until the end of the season.

Celtic and Rangers are competing to convince the 19-year-old Atlético Madrid winger Rodrigo Riquelme of the delights of Glasgow, according to Marca. Riquelme is out of contract at the Wanda Metropolitano at the end of the season, and both Old Firm clubs are eyeing a free-transfer snip.

Championship leaders Leeds have joined Southampton in the chase for the Oxford defender Rob Dickie.

And while Newcastle takeover speculation has long been in the dog-bites-man category of newsworthiness, there’s a new twist with the Newcastle Chronicle suggesting that Floyd Mayweather might fancy a crack at owning the Toon. In the city for one of those “an evening with” shindigs, Mayweather was asked for his thoughts on the club, to which he replied: “In the US we call it soccer but the Newcastle football team is an unbelievable team. If the people want me to buy the Newcastle team let me know.” So there you have it. Done deal. Back in reality, Newcastle are keen on signing Middlesbrough defender Hayden Coulson in the summer.