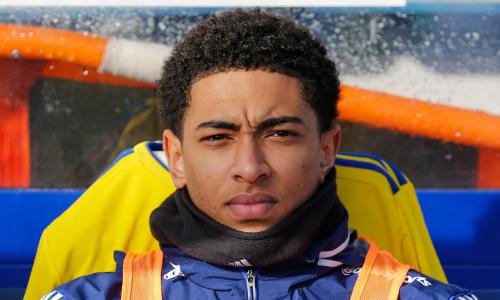 What will the transfer ‘market’ look like in a post-coronavirus-lockdown world? Will Paul Pogba ever make it out of south-west Manchester? Will José Mourinho manage to smuggle a striker into his dressing room via the laundry basket? And will Peter Odemwingie be OK in that car park? Windows up, Peter!

Luckily, we’re not quite there yet, and clubs are pressing ahead with their business as normal. First on the list is Jude Bellingham, who is the latest Englishman wanted by Borussia Dortmund, following the unqualified success of The Jadon Sancho Experiment. Bild say Bellingham, who at 16 is one of the brightest players in the Championship at Birmingham City, is set to join for a club-record €35m (£30.5m) fee, eclipsing the €31m they paid for Mats Hummels. Oof!

Real Madrid are top of La Liga and have just soundly beaten Barcelona in the clįsico, so naturally the club’s hierarchy are looking into the possibility of firing one of their most successful managers, Zinedine Zidane, and replacing him with Mauricio Pochettino.

Ben Foster, currently football’s nicest man (see here and here), has dismissed gossip of moving from Watford to Spurs at the end of the season as “paper talk”. The 36-year-old is out of contract in the summer and would be available for free if Watford are silly enough to let him go.

Would you pay Alexis Sįnchez £200,000 a week? Well that’s the figure Internazionale have settled on – half of the Chilean’s existing contract at Manchester United – if the forward makes a permanent switch from Old Trafford this summer. Sįnchez has missed much of the season through injury and scored no goals since his return to the side in January, yet Antonio Conte and co remain keen.

Some actual transfer news: Victor Wanyama has left Spurs for Montreal Impact! The Kenyan joins up with Thierry Henry’s side on a free transfer and has signed a three-year contract. “When I spoke to Thierry and he told me he wanted me to join him in Montreal, I didn’t have to think twice,” said Wanyama.

After spending £45m on a striker that isn’t that good at running, West Ham have decided that they need one that can, so have settled on Brentford’s Ollie Watkins. The Torquay-born 24-year-old has been pulling up palm trees in the Championship this season, scoring 22 goals from 36 games, and would add mobility and quality to the Hammers attack.

Finally, Everton are looking to bolster their midfield options in the summer, with Carlo Ancelotti displeased by the lack of energy, aside from language issues. Espanyol’s Marc Roca and Toulouse’s Ibrahim Sangaré are two names that have been mentioned. Roca would be available for a lower fee should they be relegated this season, but Sangaré could cost upwards of €30m.