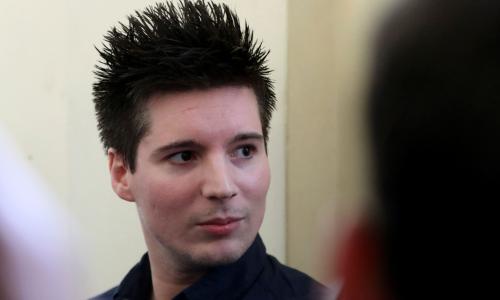 The Fiver couldn’t help but raise a smile at the news that Rui Pinto – who might sound like a full-back of the early 2000s that tucked neatly behind Sérgio Conceiçăo on the right flank but is actually the man behind the Football Leaks website, had been placed under house arrest on Wednesday after spending more than a year at Lisbon’s judiciary police prison.

Rui, in that one respect, the Fiver knows how you feel. In fact, one might say most of Europe does, with Portugal currently in a state of emergency due to the you-know-what. “House arrest?! Please, the judiciary system of Portugal! No more!” Pinto might have feigned as he was lead by guards – presumably not standing at a distance of two metres – away to the nearest Lisbon digs.

There are a couple of catches. Pinto does potentially face 30 years in jail if found guilty of 90 charges, having been extradited from Hungary in March 2019 for allegedly attempting to blackmail an investment fund. And Pinto’s lawyers confirmed that the 31-year-old, whose website played a crucial part in providing evidence which led to Manchester City’s Champions League ban, as well as numerous investigations into tax evasion and corruption in football, is “banned from using the internet.”

That leaves poor Pinto condemned to read things like Big Papers and the back of cereal packets during his house arrest. But maybe there is some light at the end of the plushly-carpeted corridor. “Rui Pinto’s defence welcomes this decision and trusts that further steps will be taken for the freedom of our client,” parped his lawyers. For now, though, the Fiver can only wish Pinto well in dealing with his particular lockdown with no internet.

Think, reader, just how slow time would pass if you didn’t have any internet. No Fiver, for one. No Zoom calls with the in-laws! No hot medical takes from sport hacks on social media disgrace Twitter! Gulp!

QUOTE OF THE DAY

“The criticism of footballers from those in the media and government has been unhelpful, to say the least. As we worked hard to do our part they have created a distraction, needlessly trying to make villains out of footballers, rather than focusing their airtime on the key workers who are putting themselves at risk to help others. They are the ones grafting to keep this country on its feet when it needs it most. We are just doing our part to support them” – Burnley captain Ben Mee on the new #PlayersTogether fund and footballers copping flak.

The latest edition of Football Weekly Extra will be coming in your ears any minute now. Pick it up here.

“I can sympathise with Peter Holford’s experience [Tuesday’s Fiver]. As a fellow West Ham fan, on a cold, wet and windy Wednesday night in December 1996, through torrential rain and horrendous traffic I eagerly drove up the M6 from Birmingham to watch Stockport v West Ham in a Milk Cup fourth-round replay. The Hammers took the lead through our talisman, Julian Dicks, and just a minute later our star striker, Iain Dowie, rose majestically to plant a powerful header into the corner of the net. Unfortunately it was our net, but a great finish nonetheless. West Ham imploded and Brett Angell fired in what was to prove to be Stockport’s winner just a couple of minutes later. I got drenched, nearly got hypothermia and drove home in misery. Happy birthday to me!” – Martyn Shapter.

“23 August 1986, first game of the season, MUFC at Highbury. My brother Tony and I confidently boarded the football ‘special’ at Piccadilly, destined for Euston. Our spirits were not dampened by the fact that the buffet car was a cage. The journey was otherwise trouble-free, until we got to within half a mile of Euston, where the train stopped and didn’t move again for about two hours. When we finally arrived at 3pm, the police proceeded to escort us on a three-mile walk to the stadium. We finally got to the away end terrace at about 4.20pm, just in time to see Charlie Nicholas score the only goal of the game” – Damo Roche.

“José Mourinho flat-out admits having made an error and apologises for it? I know we are in unprecedented times, but that sounds simply unbelievable. I suspect that Mourinho either had his fingers crossed behind his back, or he’s busy working on a fast-track adoption of Tanguy Ndombele so he can go out to train with his new son” – Peter Oh.

“Am I the only one who followed the link in the Aarhus Stadion letter [Wednesday’s Fiver]? I spotted John Jensen and saw what a bumpy pitch it was,shocking defending by the way. This self-isolation is driving me to read every Fiver as it comes out, what is happening to me?” – Nick John (and no others).

Send your letters to the.boss@theguardian.com. And you can always tweet The Fiver via @guardian_sport. Today’s winner of our prizeless letter o’the day is … Matthew Fox.

Sir Alex Ferguson has praised the NHS for saving his life in 2018, and their handling of the coronavirus crisis. “I’m delighted we are now recognising the importance of our NHS, as I experienced two years ago after they saved my life,” Ferguson said.

It could be a busy summer for EFL players; it has emerged that the league plans to play out the suspended season within 56 sultry days between June and August.

The Premier League will hand out 20 large wads of notes to clubs in May, with an advance on prize money to help teams manage cashflow problems.

Mikel Arteta says he is planning for “two or three different scenarios” in this summer’s transfer market. “There are so many things we cannot control at the moment,” the Arsenal manager told Sky Sports via an inconsistent video feed.

And the Spanish FA have said Bilbao will be ready to host Euro 2021 matches, amid reports that Spain and Italy fear the tournament could come too soon. “It is no problem for us to play in Bilbao in 2021,” breezed a spokesperson.

From Milton Keynes to the Leigh Sports Village, the venues for the women’s Euros are underwhelming but there’s time to change that before 2022, writes Louise Taylor.

Football freestyler Liv Cooke is on a mission to teach us all some tricks during lockdown. The Fiver had a go, and the landlord is still on our case about that window.

Oh, and if it’s your thing … you can follow Big Website on Big Social FaceSpace. And INSTACHAT, TOO!

LIKE EVERY OTHER EASTER WEEKEND, THE FIVER WILL #STAYHOME. BACK ON TUESDAY … 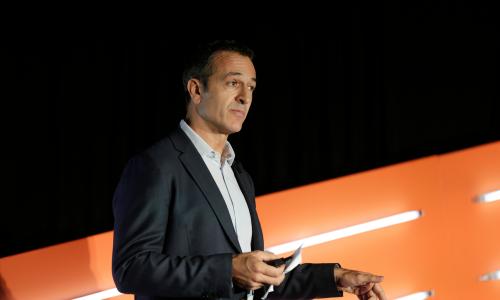 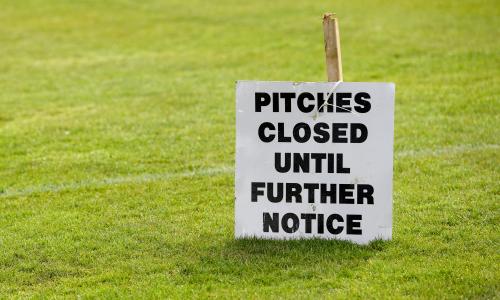 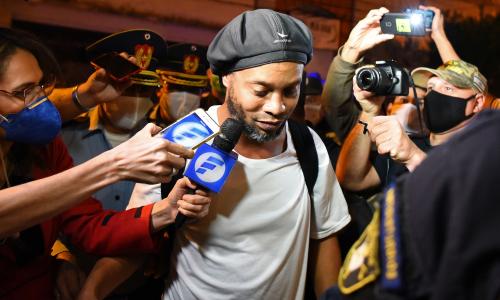 After just more than a month in a maximum-security prison, Ronaldinho was released and placed into house arrest by Paraguayan authorities on Tuesday 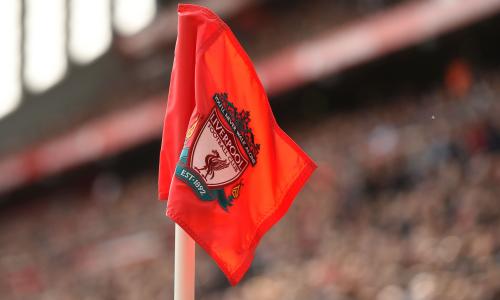 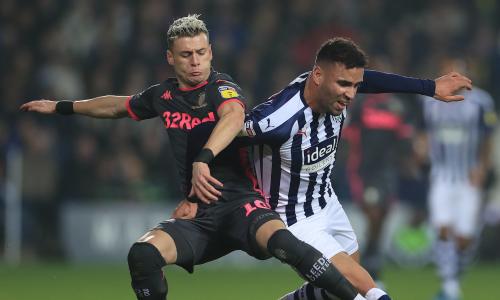 The league’s chairman, Rick Parry, has written to club to outline the plan and advised them to send players on holiday 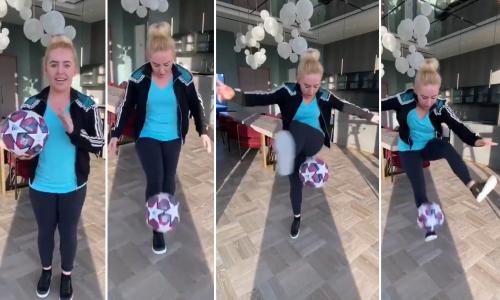 A trick a day: how freestyler Liv Cooke is bringing light to the lockdown 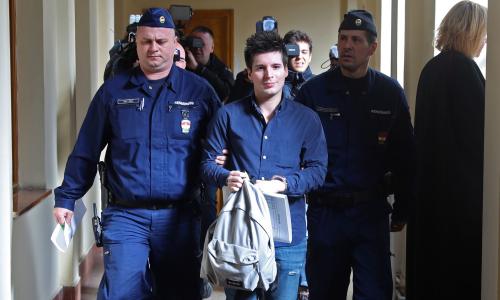 Rui Pinto, who is awaiting trial for attempted blackmail in Portugal, is under house arrest after being released from custody 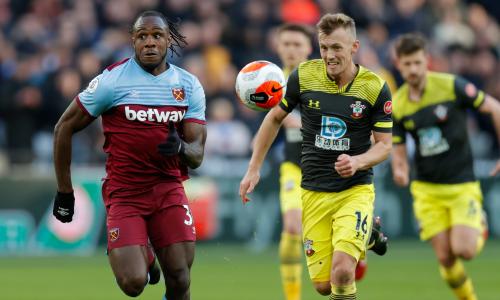