FA may have to ban players for breaches of lockdown, says Fulham's Scott Parker 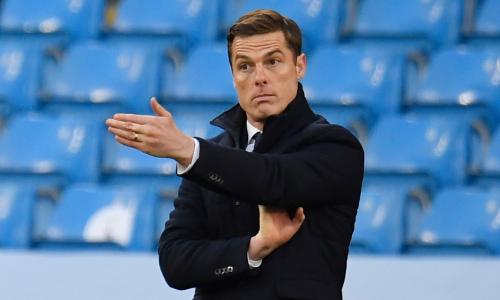 Scott Parker would not be surprised if the Football Association decides to ban players for breaching Covid-19 protocols after Fulham’s Aleksandar Mitrovic attended a New Year’s Eve party with Crystal Palace’s Luka Milivojevic.

A video on social media showed Mitrovic and Milivojevic celebrating indoors with at least seven other people, flouting tier 4 regulations. The Serbian pair are not the only Premier League players to have flouted social distancing rules recently – for instance, a photograph showing three Tottenham players, Érik Lamela, Sergio Reguilón and Giovani Lo Celso, at a party with West Ham’s Manuel Lanzini over the Christmas period met a furious reaction after its circulation last weekend.

The breaches come after a rise in positive tests at Premier League clubs, raising fears that the season will have to be postponed. Fulham have not played since Boxing Day after their games against Tottenham and Burnley were called off because of an outbreak in their squad and Parker, whose side return to action when they visit Queens Park Rangers in the FA Cup third round on Saturday, admitted the authorities could have to step in if club sanctions prove an insufficient deterrent.

“I could understand it,” Fulham’s manager said. “If you go back to not just football players but the general public, people who are not sticking to the guidelines or restrictions, there seem to be some penalties now in place. Of course that is an option and I can see why that may be the case. We’re living in a moment that is very serious. A lot of people are losing their lives.”

Parker said Fulham were disappointed with Mitrovic but insisted the striker’s remorse was genuine. “I’ve had a long conversation with Mitro regarding it. There’s a genuine and honest apology there. He knows he’s done wrong.

“I also understand that people’s perception of it is that the people who have done bad are only apologising because they’ve been caught. What I can tell you is that when I’ve spoken to him he’s very remorseful.”