Guardian sport and agencies on 1 February 2020 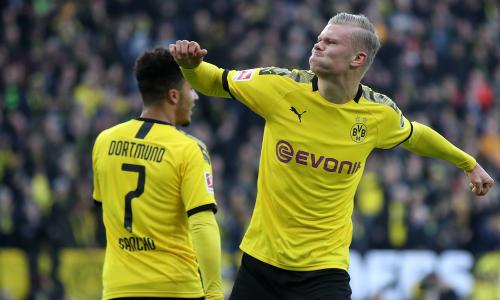 Borussia Dortmund enjoyed a dominant afternoon, demolishing Union Berlin 5-0 with two goals from their Norwegian sensation Erling Haaland. Jadon Sancho opened their account in the 13th minute and the teenager Haaland added another five minutes later. Marco Reus and Axel Witsel scored after the break before Haaland drilled in his seventh goal in his three games for Dortmund since arriving from RB Salzburg.

Bayern Munich fired in three goals in the opening 26 minutes to ease past their hosts, Mainz, 3-1 and go one point clear at the top of the Bundesliga with their sixth straight league win.

Their top scorer, Robert Lewandowski, headed in his 22nd league goal in the eighth minute and Thomas Müller and Thiago Alcântara added two more to lift the Bavarians to 42 points, one ahead of RB Leipzig who drew 2-2 at home to Borussia Mönchengladbach. Mainz cut the deficit on the stroke of half-time through Jeremiah St Juste.

Florian Niederlechner struck for the 11th time this season to cancel Tin Jedvaj’s own goal which gave Werder Bremen the lead against Augsburg before Ruben Vargas completed the turnaround in a 2-1 win.

Timothy Chandler secured a last-gasp point for Eintracht Frankfurt against Fortuna Düsseldorf, who had taken the lead through Kaan Ayhan.

Hoffenheim came back from going behind to a Moussa Diaby goal to defeat Bayer Leverkusen 2-1 at home with goals from Andrej Kramaric and Robert Skov. Things were made worse for Leverkusen when Kerem Demirbay was dismissed late on.

Paris St Germain demolished Montpellier 5-0 at the Parc des Princes to open a provisional 13-point lead at the top of Ligue 1 after the visitors finished with nine men, with goals from Pablo Sarabia, Ángel Di María, Kylian Mbappé, Layvin Kurzawa and a Daniel Congré own goal. Dimitry Bertaud was sent off after 17 minutes and Joris Chotard was also dismissed late on.

In Serie A Sassuolo scored three goals in the first half-hour as they beat fourth-placed Roma 4-2, their first win against the club from the capital. Francesco Caputo stunned the visitors with two goals in the first 16 minutes, then Filip Djuricic added a third. Edin Dzeko and Jordan Veretout (penalty) replied for Roma, before Jeremie Boga added a fourth for Sassuolo.

Mattia Bani scored an 89th-minute winner for Bologna against Brescia. Ernesto Torregrossa scored from the spot to put Brescia ahead but Riccardo Orsolini and Bani won it for the hosts.

New angles on the case of Bobby Moore and the Bogotá bracelet FA says it will show common sense if footballers take a knee in matches Everton hopeful of staging Liverpool derby at Goodison Park Food science has turned cooking into an art form for some footballers My favourite game: a perfect view of another Liverpool v Newcastle classic David Squires on … Norway v England and Graham Taylor's impossible job Football quiz: when Barcelona won the Champions League final in 2006 The soccer v football debate still lingers on in MLS Hasenhüttl given new contract after turning Southampton around Serie C to conquerers of Europe: when star-studded Parma lived the dream Cologne 2-4 RB Leipzig: Bundesliga – as it happened Kick It Out urges all players to take knee over George Floyd and no FA sanctions Macclesfield at risk of points deduction and relegation after new EFL charges Schalke return with a whimper as reality bites for David Wagner Salzburg's Patson Daka: 'There'll only be one Haaland and only one Patson' Lyle Taylor justified in refusing to play for Charlton, says Lee Bowyer QPR 'appalled' by Championship restart date and say other clubs share view Marcus Thuram and Jadon Sancho both pay tribute to George Floyd after scoring Paderborn 1-6 Borussia Dortmund: Bundesliga – as it happened Premier League's basement clubs set to oppose relegation by points-per-game 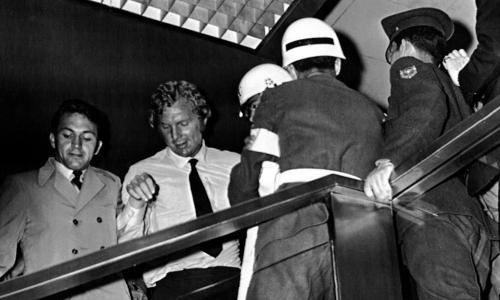 Letter: Keith Morris, who was chargé d’affaires in Bogotá in 1970 when the then England football captain was accused of stealing a bracelet, relates details of a complicated story 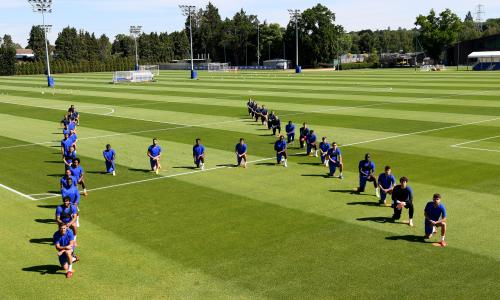 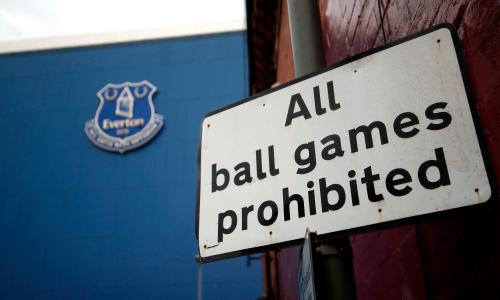 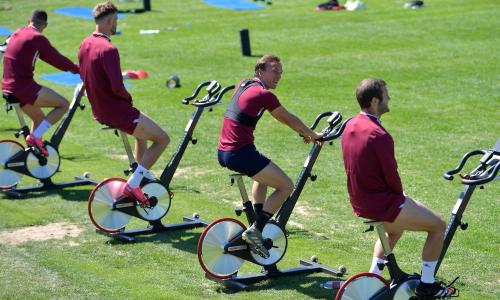 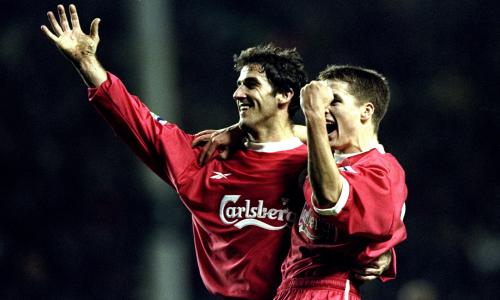 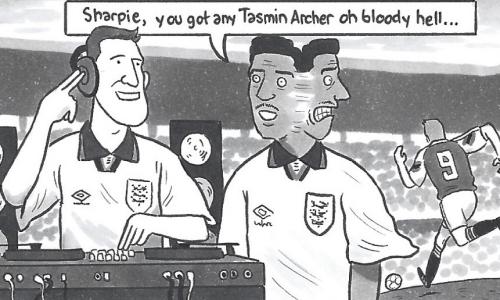 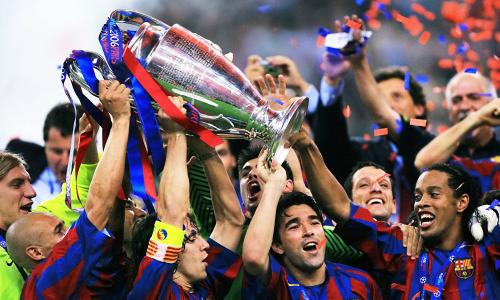 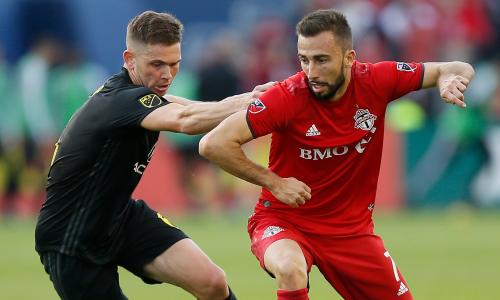