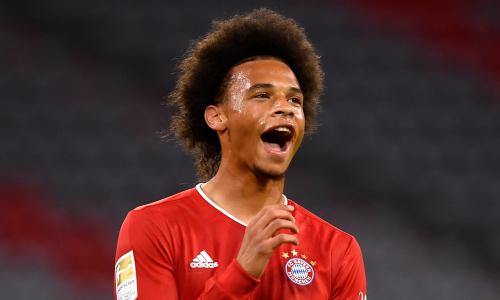 Friday night. Opening night. Gala night for the champions. Yet if it was so familiar for Bayern Munich, it was alien too. The Rekordmeister has been here so many times that you could forgive it being cruised through on autopilot, as the board did when they and their guests from Gelsenkirchen sat in the directors box without social distancing or masks, earning the club a ticking off from Bavaria’s minister of health, Melanie Huml.

Despite all the regular tells – not least a pair of effervescent wingers wearing the numbers 7 and 10 who tore poor Schalke to bits, more of whom later – there were more unfamiliar, unexpected moments, in line with Karl-Heinz Rummenigge showing contrition to Huml.

First there was the emptiness of a stadium with an atmosphere which has been an underrated element of Bayern’s rise. With local authorities wary of rising infection rates, the late decision was made to close Allianz Arena to spectators, after the hope that a limited number would be allowed elsewhere in the Bundesliga.

Then there was the football. In the circumstances, with the Champions League victory still fresh in the memory (and the legs) and with David Alaba and Alphonso Davies missing, one could have forgiven them for nudging their way to a routine win. Instead it was a silent symphony, as they chased down their vulnerable visitors “mercilessly” as Süddeutsche Zeitung’s Tim Brack put it.

“[Hansi] Flick’s Bayern displayed their intensive pressing despite a short holiday, and despite the treble season they exuded a greed for victory,” Brack wrote. “Anybody who expected Bayern in energy-saving mode were shown that they should have known better.” They looked “as if they had a two-month training camp with Felix Magath behind them”.

The dizzying combinations between Serge Gnabry, the scorer of a hat-trick, and Leroy Sané, a rare elite European footballer to have enjoyed a full pre-season, were electrifying. With “Sanabry” lifting the heavy load, Robert Lewandowski even had time to fashion an outrageous rabona assist for Thomas Müller, and the England youth international Jamal Musiala became the club’s youngest scorer to cap it off. It was, to paraphrase Jay-Z, using a sledgehammer to kill ants.

It was certainly enough to temporarily forget Thiago Alcântara’s departure. Rummenigge’s image of the pair’s tearful car-park farewell, as recounted on Sky 90 on Sunday (“It is a big loss that he leaves us,” said the chief executive. “Not just quality on the pitch, but also as a person”), reminded us of the moving parts behind the glossy sheen. Oliver Kahn, who will be running the show shortly, warned ZDF after the game that “we no longer live in the same football world as before Corona” in tempering Alaba’s wage expectations. The sagas of Thiago’s and Alaba’s futures have overshadowed the imminent exit of Javi Martínez and if there is no doubt of the strength of Flick’s midfield, extra numbers will be required. Bayern will, it is clear, face greater tests.

What of David Wagner and Schalke, though? A Schalke that didn’t help themselves, a Schalke caught between an ambitious past and pared-back present, who insisted on playing a high line against Sané and Gnabry in making a token effort to chase a game that was already long gone. Lessons which should have been learned in a chastening coda to last season appear to have gone unheeded.

Cutbacks have been made but, even so, the predictability of this from a team seemingly hellbent on filling Hamburg’s erstwhile role in the Bundesliga was stark. Benjamin Stambouli called the result “unacceptable” but some will question whether his pain was shared by returning loanees such as Sebastian Rudy, Mark Uth and Ralf Fährmann, previously unwanted but with nowhere to go. Already, Wagner is playing for high stakes against Werder Bremen – the prime TV slot next Saturday evening – with little room for manoeuvre.

For Bayern it doesn’t stop, with Budapest the next stop (“It’s one thing I can’t understand,” Flick said of the venue) for the Uefa Super Cup against Sevilla on Thursday. The concern for Schalke is that it won’t stop for them, either.

• There were crowds elsewhere, with 9,300 at Westfalen to see Borussia Dortmund get their campaign off to a flyer with a 3-0 win against Borussia Mönchengladbach. There was a first Bundesliga goal for Gio Reyna laid on by the delicate touch of his fellow 17-year-old, the Bundesliga debutant Jude Bellingham. The inevitable Erling Haaland scored twice after the break, with the second a counter-attacking masterclass devised with Jadon Sancho, though Mats Hummels struck a rare blow for the older gentleman in insisting with a grin that his flicked header to set Sancho free deserved acknowledgement. The guard is changing – we always knew Dortmund can counter, but now they don’t need Marco Reus to execute it to perfection.

• Gladbach, only just easing back Marcus Thuram and Alessane Pléa, looked undercooked. “It was very important for them that they played half an hour,” said Marco Rose, talking like a coach in the middle of pre-season rather than one at the head of a team facing a daunting domestic and European schedule.

• Their top-four rivals had contrasting fortunes, with Leipzig looking as if they’ll defer much of the post-Timo Werner goalscoring workload to their midfield, with Emil Forsberg and Dani Olmo shining in a 3-1 win against Mainz, whilst Leverkusen looked lethargic without Kai Havertz in a goalless draw at Wolfsburg.

• Andrej Kramaric is full of beans, however. His hat-trick for Hoffenheim at Köln, sealed with a late winner after the home side had fought their way back into the game, means that after his extraordinary performance on the final day of last season at Dortmund he now has seven goals in his last two Bundesliga games. The debutant coach Sebastian Hoeness was pleased with his side’s display but the goalscorer’s contention that “we were lucky” underlined that the new man has work to do.

• Werder Bremen held the dubious distinction of being the first Bundesliga team booed off by returning fans, both at half-time and full-time of a 4-1 home humbling by Hertha, for whom the new signing Jhon Córdoba scored a debut goal. It was “very sobering” for the Weserstadion, in the words of Frank Baumann, and for the first time there’s the sense there might be a fracture between the sporting director and coach Florian Kohfeldt, who he has staunchly backed. “It surprised me a bit,” said Kohfeldt after a strong pre-season, but Baumann underlined that the struggles of last season are still raw. “You can’t expect to go on to the pitch [after that] with absolute conviction from the first game,” he said.

• The promoted sides looked poles apart, too. Bundesliga 2 champions Arminia Bielefeld did well to lift spirits with a draw at Eintracht Frankfurt to recover from their DfB Pokal exit at Essen but it looks like it might be a long season for their fellow promoted side Stuttgart, whose late comeback against Freiburg nearly yielded a point but shouldn’t obscure the fact that Christian Streich’s side should have been out of sight by then. 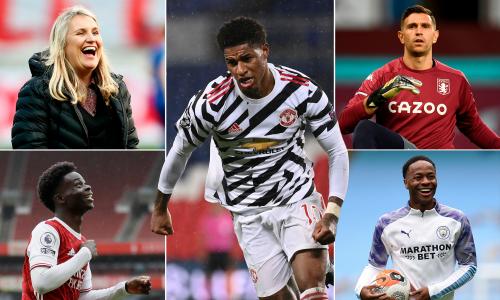 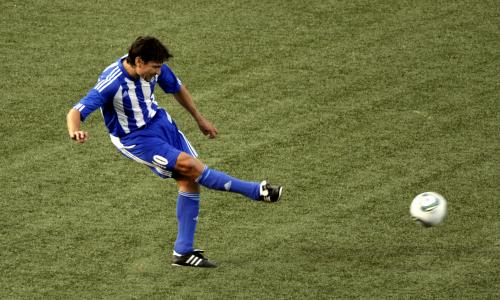 Two spells at the same club: who waited longest between debut goals?

Plus: captaining your country on debut, second-tier England reunions and the club who signed a resident poet 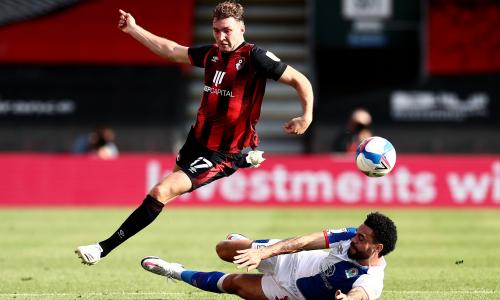 Defender combines playing with studying business and economics, a journey sparked because he had no wifi 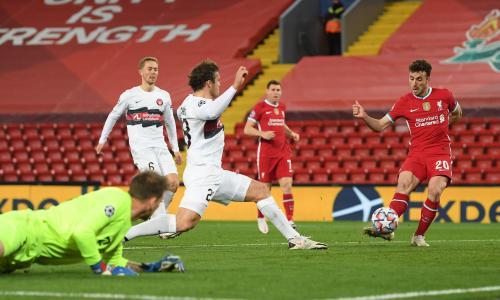 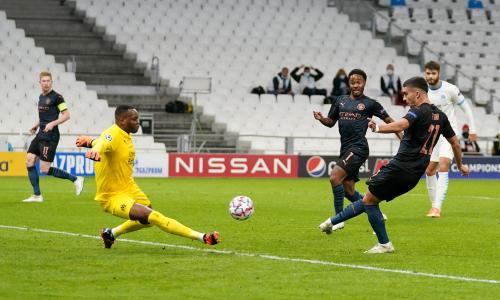 Torres, Ilkay Gündogan and Raheem Sterling found the net as Manchester City beat Marseille 3-0 in the Group C match at the Stade Vélodrome 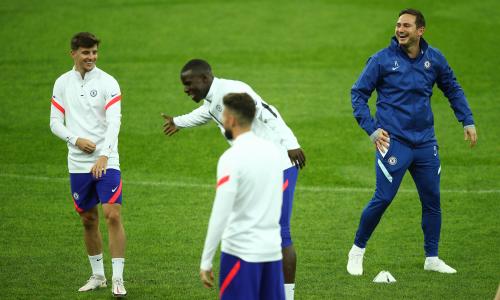 Lampard, whose Chelsea side face Krasnodar in the Champions League on Wednesday, said: ‘We have managers at home who can do the jobs’ 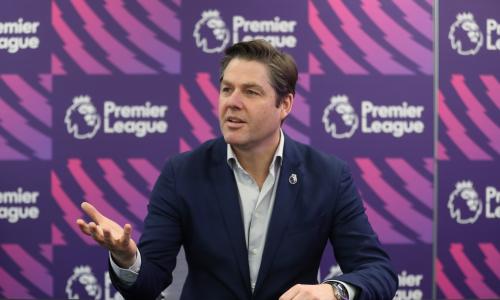 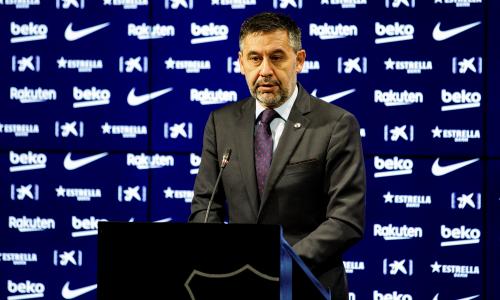