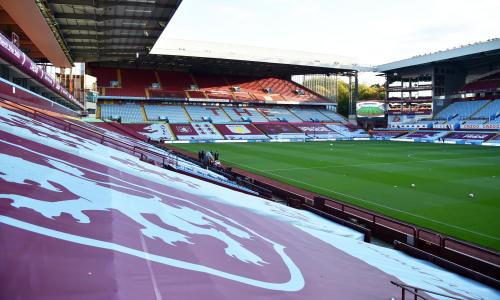 Aston Villa plan to use youth-team players to fulfil their FA Cup tie against Liverpool on Friday following a Covid outbreak that forced Villa’s entire first-team squad and staff into isolation.

Villa will not know until Friday whether the match can go ahead, as they must await the findings of Covid tests that the youth players had to undergo on Thursday. No one in the first team’s bubble – including players, coaches and medical staff – can attend the game, with all isolating after a “large number” of positive tests among the club’s senior staff on Monday and another batch of confirmed cases on Thursday. Villa have shut their Bodymoor Heath training ground.

“A large number of first team players and staff returned positive tests after being routinely tested on Monday and immediately went into isolation,” explained Villa in a statement. “A second round of testing was carried out immediately and produced more positive results today.”

If the youth players test negative and Friday’s match can take place, Villa will be led by the U23s manager, Mark Delaney. Coincidentally, Liverpool had to field a squad of youth-team players in a Carabao Cup tie against Villa in December 2019 owing to the senior’s team participation in the World Club Championship. Villa won that match 5-0.

Villa’s predicament casts doubt on their ability to fulfil the upcoming Premier League matches against Tottenham (13 January) and Everton (16 January). The team have not trained since Tuesday, when the results of Monday’s tests emerged.

Dean Smith did not attend a scheduled online press conference on Thursday to preview the match against Liverpool.

Southampton, meanwhile, could be awarded a walkover against Shrewsbury Town as a result of a high number of cases at the Shropshire club which means the tie will not take place on Saturday.

Two West Brom players tested positive on Sunday but Sam Allardyce, their manager, said: “We’re comfortable with where we are at the moment and looking forward to playing in the FA Cup at Blackpool.” Sean Dyche reported “a couple of cases” at Burnley, who are at home to MK Dons.