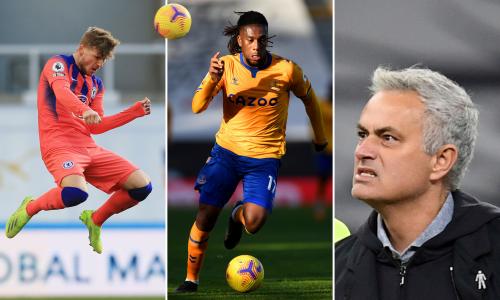 1) Only Spurs can stop Spurs challenging for title

Perhaps we ought to ask the question differently. How are Tottenham going to mess this up? A tear in Harry Kane’s ankle? A dodgy lasagne? A global pandemic halting the league? Because in the heat of this moment, in which the world is upside down and anything can happen, the biggest reason why Spurs cannot win the title is that they are Spurs. Apart from the loss to Everton on the opening weekend, they have been better than everybody they have faced – and that has included both Manchester clubs, most recently City on Saturday. After an excellent transfer window, they are looking like a winning José Mourinho team. Mourinho refuses to admit it and he will only go game-by-game but, deep down, he knows it is there for the taking. Sunday’s visit to Chelsea is huge. David Hytner

Related: Wrexham's takeover may make football the cart behind a documentary horse

An international striker who has been in the Premier League for a decade, including at clubs such as Manchester United and Arsenal, would normally be expected to have scored at least as many goals as, say, Andy Johnson or Darius Vassell. But Danny Welbeck has been cursed by injuries throughout his career and has yet to join the top flight’s 50-goal club. His performance in Brighton’s win at Aston Villa on Saturday, when he scored his 45th Premier League goal, suggested he could reach that milestone this season. Apart from his expert finish at Villa Park he dovetailed beautifully with his teammates throughout the game and worked tirelessly, completing 90 minutes for the first time since leaving Watford. “He has been a breath of fresh air,” said Graham Potter of the player who turns 30 this week. Paul Doyle

3) Toffees give themselves platform for tough run

With Leeds up next at Goodison Park before a trip to Burnley, Carlo Ancelotti will know that the direction of Everton’s season could be determined over the course of the next few busy weeks. They are due to face Chelsea, Leicester, Arsenal, Manchester City and Manchester United - in the Carabao Cup quarter-final - in December and must defend much better than they did at Craven Cottage if they have aspirations of challenging at the higher end of the table. Alex Iwobi impressed as a right wing-back against struggling Fulham although it remains to be seen whether the Nigeria international is a long term option in that position once Seamus Coleman returns. “Alex has the quality to play there and I’m happy with his performance,” said Ancelotti. “We have got to have consistency now because every game will be a test. Our target is to fight for the top six if possible.” Ed Aarons

Related: No amount of Marcelo Bielsa’s genius can save Leeds from a bumpy ride | Jonathan Wilson

Timo Werner fluffed a few chances but remained the player who, perhaps more than any other, suggested Chelsea really are genuine title contenders. “He missed a couple of openings but Timo was a real threat,” said Frank Lampard after a supremely comfortable win that temporarily lifted Chelsea to the top of the Premier League for the first time since 2018. “You need and rely on top-class players of that quality; the pace he travels with the ball is something special and he was so unselfish.” His team are not too shabby defensively either and have developed a reassuring clean-sheet habit. “We’ve gained confidence from keeping clean sheets, which was a problem for us earlier this season and in parts of last,” said Lampard. “The international break was challenging but we’ve come to Newcastle, dominated possession [70%] and could have scored more goals.” Louise Taylor

5) Raphinha shows Bielsa he is willing to work

Since his Ł17m move to Elland Road, Raphinha has had to bide his time. Joining a Marcelo Bielsa squad is not a straightforward prospect for any player, as they need to learn the ways of their maverick head coach. The visit of Arsenal was his first start and a chance to fully show what he can do after three cameos. The Brazilian showed neat early touches and movement as he looked to exhibit the wing play that could make him a danger in the Premier League. He drifted in and out of the game as he tried to find his feet in Bielsa’s formation, but struck the post late on. Although he was not consistently involved in the attacking play, Raphinha worked as hard as anyone in white, a sign he is willing to buy into his new coach’s ideas. If his skills can be as consistent as his workrate, then Leeds will be very pleased with their business. Will Unwin

Early in the second half against Leicester, Naby Keďta was forced off with a thigh injury and James Milner, who had been excelling at right-back, was moved into midfield. Moments later, Milner played a perfect through ball to Sadio Mané, whose shot stung the palms of Kasper Schmeichel. It summed up Milner’s night: the captain later swung in a corner for Roberto Firmino to score, having spent the first half repelling Leicester attacks. Brendan Rodgers had targeted Milner as a weak spot; “I would as well” was Milner’s typically modest response after the game. Jürgen Klopp was keen to highlight Milner’s “really special” performance in two positions in his patchwork team; the 34-year-old’s versatility and resilience were symbolic of a Liverpool display that will leave their title rivals deflated. Niall McVeigh

“We need to improve,” was Ole Gunnar Solskjćr’s verdict on this attritional 1-0 win over West Brom. Slaven Bilic’s winless side proved to be no mugs: they were well organised and in Matheus Pereira had a potent threat. What Manchester United’s manager now hopes is his side will be able to show consistent quality with no interruptions for international football until spring. “We need to get more flow and rhythm, be more clinical, take our chances,” Solskjćr said. “We’re looking forward to having Mason [Greenwood] back – fit again and well, so hopefully we can hit some form like we did toward the end of last season. We just had [Saturday] morning [due to the international break] to prepare for this game. It is about sticking together.” Jamie Jackson

Related: Liverpool show they have resolve to retain title in season of trench warfare | Jonathan Wilson

8) Arteta brings stability but not excitement

“Boring, boring Arsenal” is associated with George Graham’s team of offside-trap specialists and 1-0 or 0-0 scorelines, but Mikel Arteta’s team are unlikely to be on anyone’s list of Premier League entertainers. Arsenal’s sense of adventure at Leeds was unaided by Nicolas Pépé’s stupidity in getting himself dismissed, but Arteta will have been in charge of the club for a year come 20 December. His team, 476 minutes without a goal in open play, currently looks as unenterprising as under Unai Emery’s unpopular regime. Pep Guardiola’s former right-hand man appears unwilling to take risks with players like Dani Ceballos, a natural playmaker, asked to chase shadows ahead of creative duties. It seems that if Arteta succeeds at Arsenal he will do so in the mould of Graham rather than the laissez-faire exuberance of Arsčne Wenger. John Brewin

9) Blades have lost their way without fans

No team has made as bad a start to a Premier League campaign as Sheffield United since the 1990s, when Manchester City and Sheffield Wednesday endured similarly awful runs. With one point won all season, all bets are off as to whether Chris Wilder’s players will have recorded their first win by Christmas. It is an awful shame after they took the top tier by storm last season. So what has gone wrong? One of their cornerstone centre-back trio, Jack O’Connell, is out injured for the season and much missed. There have been disputes about money - hence John Lundstram’s recent stand-off over a new contract. Key summer attacking signing Rhian Brewster is promising, he does not look remotely ready to have been thrown in the deep end like this. Yet, perhaps above all, Sheffield United miss their fans at Bramall Lane, where the synergy between crowd and players was something to behold. Louise Taylor

10) Guardiola wants more subs, so why doesn’t he use them?

Pep Guardiola has been one of the Premier League’s loudest dissenting voices against allowing just three substitutions per game, yet the Manchester City manager again refrained from using all of his replacements in the dispiriting defeat at Tottenham. Guardiola waited too long to hook the underwhelming Bernardo Silva and Riyad Mahrez; by then, fresh-legged substitute Giovani Lo Celso had already made the game safe. It was a similar story against Liverpool when, with City in the ascendancy, Guardiola readied Phil Foden to come on – and then changed his mind. In the Champions League, Guardiola has used 13 of his 15 available substitutes, and to good effect. Whether he is trying to make a point in domestic games, or is simply reluctant to make changes when his team are still in the game, an apparent unwillingness to be proactive has seen City slip some way off the title pace. Niall McVeigh 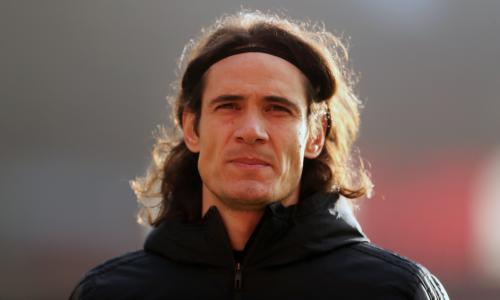 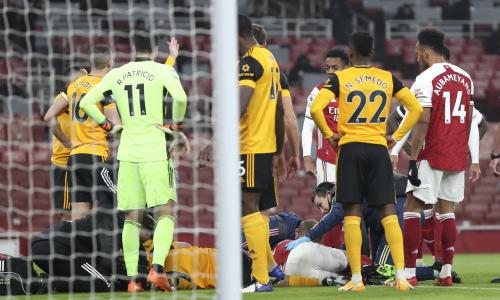 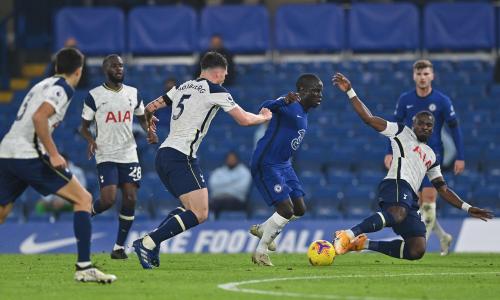 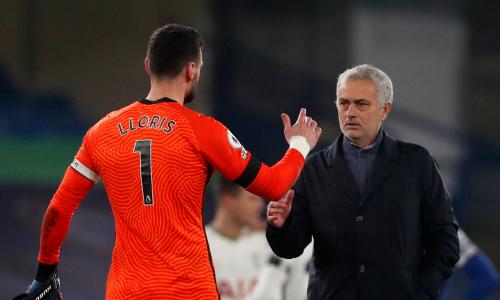 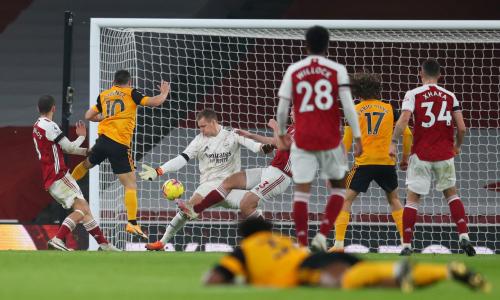 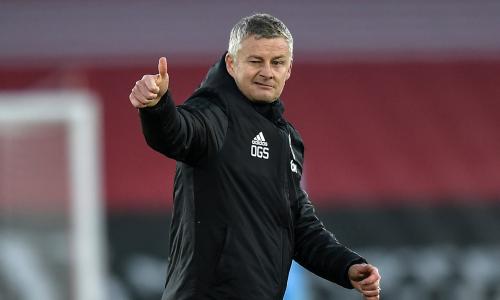 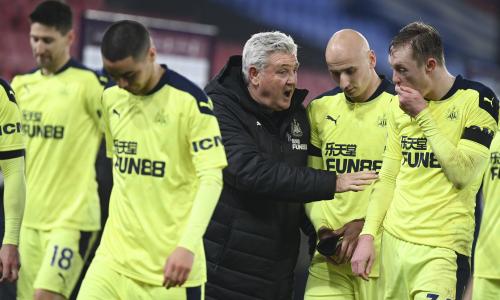 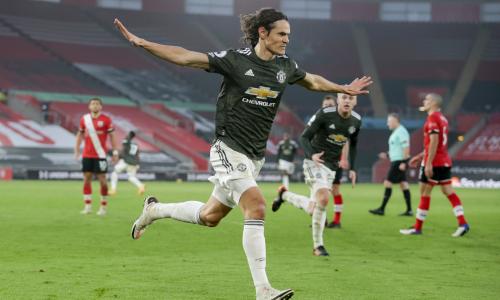