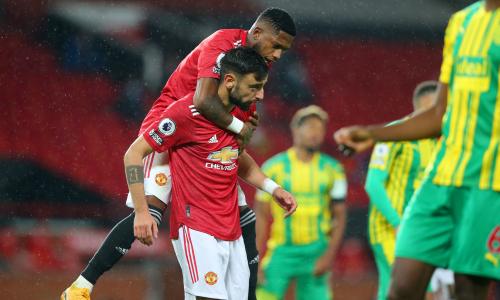 Manchester United finally have a Premier League victory at Old Trafford and a second consecutive win in the competition, though they far from convinced. Ole Gunnar Solskjćr’s side benefited from three decisions regarding two penalties and Slaven Bilic was understandably disappointed at the majority of the officiating here from David Coote, the referee, and VAR.

Each occurred in the second half and centred on Bruno Fernandes and Conor Gallagher. In the first the former was adjudged by Coote to have fouled the latter and the referee awarded a spot-kick. Yet VAR informed the official to consult the pitchside monitor and, after this, he reversed his decision, ruling that it was clear and obvious Fernandes took the ball before touching Gallagher.

Two minutes later Coote gave a second penalty when Juan Mata’s cross hit Darnell Furlong and, while Gallagher appeared to have been clearly fouled in the buildup, the referee’s decision stood, despite a VAR check. Up stepped Fernandes and after his trademark hop the outstanding Sam Johnstone saved, yet VAR this time – correctly – ordered a retake as the goalkeeper was a yard off his line before the Portuguese struck the ball. He did score at the second attempt, high to Johnstone’s right.

Bilic said of the chalked-off penalty: “I’m very disappointed with the decision. I felt like [this is because we are] ‘small West Brom’. I’ve watched it a few times and it’s a clear penalty. I don’t understand why he overturned it. All those crucial decisions went against us.

“Their penalty: it’s a handball. It’s a bit unlucky but it’s handball. Before that it was a clear foul on Conor Gallagher. Instead of 1-0 for us, it’s 1-0 for them. When you play against Manchester United away it’s a huge difference.”

Solskjćr had sympathies with Bilic yet still thought all the decisions correct. “In my head it might be a penalty,” United’s manager said of West Brom’s. “Maybe we’re a tad lucky but none of them [incidents like these] are given. Maybe the rules are different to how I interpret them.

“I looked at a [similar] penalty [situation] this afternoon, Villa-Brighton, and there’s contact on the ball and then the man. [Overall] it is three right decisions with the penalties.”

Clearer is that United were hardly convincing despite the much needed home win. Solskjćr hopes his side are slowly hitting high gear rather than continuing the stutter that has been the story of their campaign.

“It was definitely not a step forward performance-wise – this one was way below par but we got our first [victory at Old Trafford],” the Norwegian said. “We know we can play better than this.”

Solskjćr will be pleased with the league debut of Alex Telles, who may well prove an upgrade on Luke Shaw at left-back, though Nemanja Matic was sluggish again in central midfield and will surely soon make way to give Donny van de Beek – again a late replacement – a run in the XI.

United dominated possession for long passages but in Anthony Martial, Mata and Marcus Rashford had a trio of forwards who could not find a way past Johnstone. His series of saves began with a smart reflex repel of an early Martial flicked header. When Harry Maguire broke, Fernandes teed up Martial after Rashford received a pass from his captain along the left and crossed: Johnstone made another fine stop from the No 9 and Semi Ajayi was left blessing his luck as it was his errant pass that had handed possession to Maguire.

West Brom’s response to this encouraged. Suddenly Conor Townsend was in behind and threatening to beat David de Gea before overrunning the ball, then Karlan Grant’s shot deflected off Victor Lindelöf for a corner that United scrambled to defend.

After the penalty incidents early in the second half Callum Robinson gave United a scare by crashing a shot off De Gea’s bar, before at the other end Rashford and Maguire were denied by Johnstone. Though West Brom pressed, United hung on. It means they are up to ninth with 13 points and if their game in hand is won the picture will look even rosier.

The ever-talismanic Fernandes said: “We have to win every game – you need the mentality to win every game. It was a tough match and it doesn’t matter if we play well. The most important thing is the three points. You are seeing maybe the top six clubs having tough games but it is a tough situation as some teams started [the season] late.” 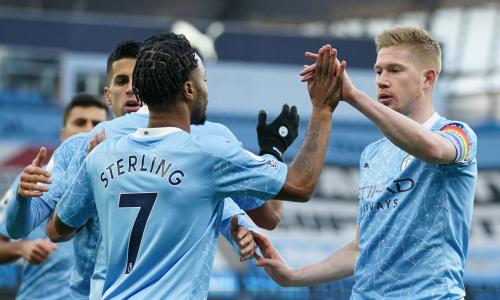 First-half goals from Raheem Sterling and Kevin De Bruyne, the latter with a penalty, gave Manchester City a comprehensive 2-0 win against Fulham at the Etihad 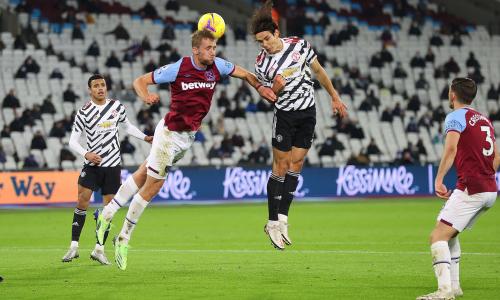 Can Ole Gunnar Solskjćr’s side bounce back from their midweek loss to PSG against the in-form Hammers? Join Scott Murray 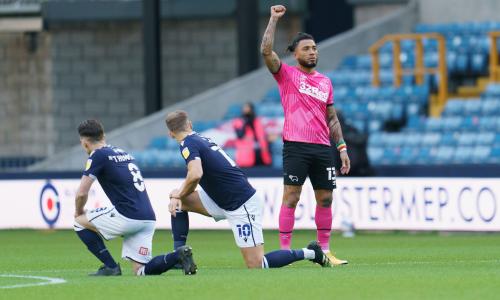 Returning fans boo as Millwall and Derby take the knee 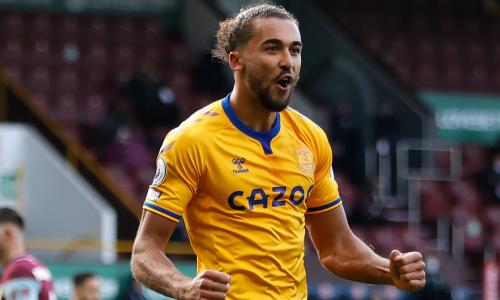 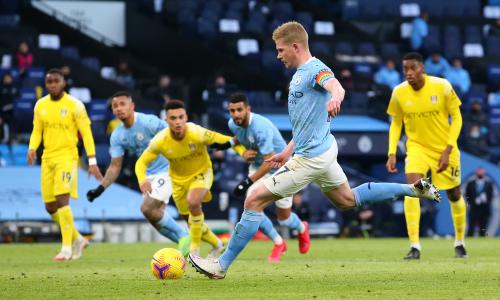 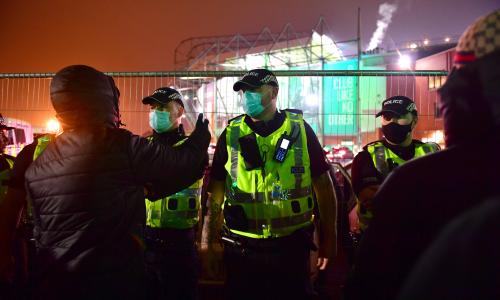 Angry Celtic protests were wrong, but calmer voices may see off Neil Lennon 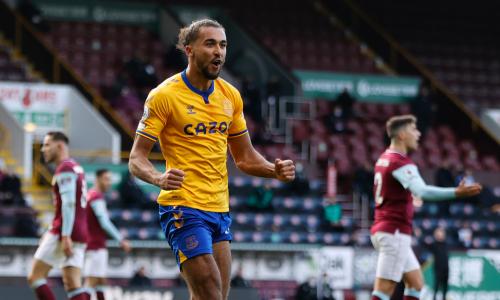 Minute-by-minute report: Both keepers shone on a sunny day at Turf Moor. Scott Murray was watching. 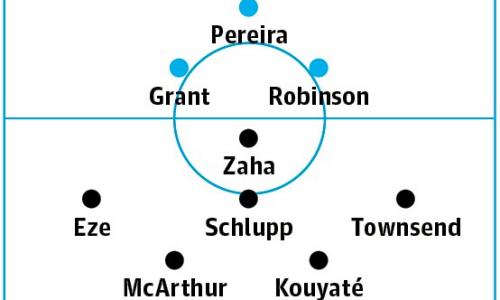